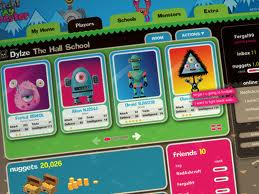 It’s a monster’s world these days.

Despite the same online platform, country of origin and noun in its title, he insists it is definitely different from Moshi in that it’s targeting the boys market. Williams saw a void left in Moshi Monsters’ predominantly girl-skewing wake and opened the doors to his virtual world in January. The website has since garnered more than 150,000 users and is monetizing through a subscription model ahead of expectations. It’s also caught the eyes of angel investors, including European gaming entrepreneur Dylan Collins.

“I’ve been an entrepreneur for 15 years and have four young sons, so I’ve seen the void in the boys market and the need for something for those who graduate from Club Penguin,” says Williams. Fight My Monster is essentially a virtual trading card game that uses customizable monsters. Kids create their own monster-themed cards (five million have been generated to date) that can be traded, bought and sold using virtual currency, or used in combat against one another.

The inherent competitive nature of the world speaks directly to boys. “Designing for them is different,” contends Williams. “For one, there needs to be a level of competition, and boys also marvel in obtaining objects of power that help them get stronger.” Those gaming elements have attracted a predominantly seven to 12 male user base (80%) who become friends, build tribes and socialize.

With a US$8 monthly subscription model already in place, Fight My Monster (also the name of Williams’ company) is charting a course to grow its membership to one million by the end of this year. To get there, the 10-person operation is banking on TV and web advertising, as well as expansion into markets outside the UK.

“There are seven million kids in the UK and 35 million in the US—we have only scratched the surface,” says Williams. While the brand will be trailing Moshi Monsters’ move into the US, offline merchandise is not part of the near future.

For now, Williams is focused on adding educational mini games to the website and making sure he feeds the needs of his niche demo. After all, he has a discerning audience at home to keep him in check.