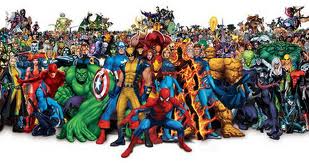 Blue-chip licensor Marvel has developed a unique vision of the North American soft-goods market that is paying dividends north of the 49th parallel.

“The strategy is to make sure we are treating Canada as a separate territory in and of itself,”  says Paul Gitter, president of consumer products for North America at the Disney-owned company. “What we did in the past was combine Canada with the US. But we found that the US licensees didn’t pay enough attention to the Canadian market.” (According to industry org LIMA, the Canadian licensed consumer products market is currently valued at roughly 10% of the US market.)

Two years ago, Marvel started to take a new approach and identified Canadian manufacturers and possible licensees who possess specific expertise in the Canadian retail and consumer landscape. And owing to manufacturing realities that hardlines are more efficiently produced in Asia, the approach is restricted to softline categories, which aren’t insignificant in terms of sales. Marvel’s Canada-specific licensees currently include Black and White (footwear), Montec (bedding) and Coledo (back-to-school), and Gitter says the company plans to keep adding to the list.
As the Canadian economy continues to outpace its neighbor to the south, Gitter says that it has become imperative to deal with licensees who have connections to the country’s growing retail base. “So much is changing,” he says, referencing the recent announcement of mass-market giant Target’s plans to open more than 100 Canadian locations over the next 24 months.

“We need people that understand the retail dynamic,” Gitter says. “Canadian companies prevail because their focus is 100% on the Canadian market.”
The company handles all deals out of the US and deploys a small team into the marketplace on a regular basis to work with retailers and licensees.

And Gitter says a similar strategy is being employed in markets around the globe that resemble Canada’s, including separating programs that in the past have fallen under European umbrella deals and developing different approaches tailored to meet the country-specific needs of next-door neighbors Australia and New Zealand.”

Anytime we can localize and better service the community with local affiliates and local manufacturers, traditionally we see sales increase,” Gitter contends. In fact, he says Canadian sales have shot up by 20% since the program began.

The logical extension of the concept is to specialize even further, perhaps at a micro level. And Marvel has in fact gone down that road with a New York-specific program. “We are even doing it at the State and city level,” says Gitter. “We partnered with the NYPD and NYFD to co-brand shirts with Spider-Man.” The New York program began in July, and Marvel confirms that other key cities are being evaluated for similar campaigns.