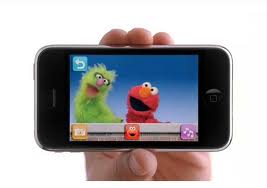 There's something about Sesame Street's Elmo. Researchers at Georgetown University have found that toddlers performed a sequencing task better when an Elmo toy puppet demonstrated it than when an unfamiliar puppet performed the same exact task.

There’s something about Sesame Street‘s Elmo.

Researchers from the Children’s Digital Media Center at Georgetown University have found that toddlers performed a sequencing task better when an Elmo toy puppet demonstrated it than when an unfamiliar puppet performed the same exact task.

The study, Toddlers Learning from Socially Meaningful Video Characters, suggests that the social relationships that children develop with a character matter, even for toddlers.

The findings show that current learning-based videos, which often rely on using unfamiliar adults, may be underestimating what children can learn from on-screen characters that they care about. For instance, the study says that when a character such as Elmo is socially meaningful to children, less working memory may be needed to process who that character is, and therefore, more memory can be devoted to mastering the task at hand.

The 21-month-old toddlers in the study were divided into three groups. One group watched a video of an Elmo toy puppet placing nesting cups inside each other, another group viewed a video of an unfamiliar puppet doing the same task and a third group did not watch a video. The toddlers who watched the Elmo puppet were able to sequence the nesting cups significantly better than those who observed the other puppet or who didn’t see a demonstration.

Toddlers who watched the Elmo toy puppet perform the demonstration were also more likely to smile and say the character’s name than those who saw the unfamiliar puppet.