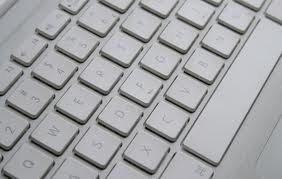 Time Warner and Facebook are combining their individual anti-bullying efforts to form one multimedia partnership designed to educate parents, teachers and youth about the actions that will help protect young people from the impacts of bullying.

Time Warner and Facebook are combining their individual anti-bullying efforts to form one multimedia partnership designed to educate parents, teachers and youth about the actions that will help protect young people from the impacts of bullying.

Under the moniker Stop Bullying: Speak Up, which was introduced last year by Cartoon Network and developed through a team of experts in the field, the new program will integrate broadcast, print, online and social media to further the youth-targeted efforts.

The combined campaign will now include CNN’s Anderson Cooper 360° Town Hall –a second town hall dedicated to discussing the current bullying issues that is scheduled to air on CNN in October 2011 as part of Bullying Prevention Month, with additional pieces and reports leading up to it. Facebook will launch a Social Media Pledge – an interactive Stop Bullying: Speak Up Social Pledge app that will enable educators, parents, and kids to make a personal commitment—and recruit others to join them—to help stop bullying. The app is scheduled to launch in time for the Fall 2011 back-to-school season.

Cartoon Network, meanwhile, will integrate its bystander-focused bullying prevention platform with Facebook’s Family Safety Center, while Turner-owned People, Sports Illustrated and Time magazines will feature editorial content that highlights the problem and innovative programs and measures being taken to combat it.

This partnership is the latest in a line of initiatives from both Facebook and Time Warner to prevent bullying. Earlier this year, Facebook unveiled its newly designed Family Safety Center and a Social Report Tool, which enables people to report bullying or harassment to parents, teachers or friends. CNN, Cartoon Network and Time combined their ongoing efforts and resources last year for a national multi-platform campaign.