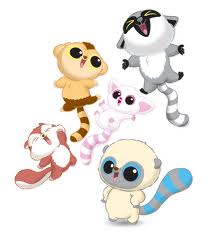 The eco‐adventure series follows five furry‐tailed heroes who are on a global quest to save the planet from a series of eco‐disasters, which were caused by their unenlightened former human selves. Each of the YooHoo characters is inspired by a real-life endangered species.

The series is created and produced by Toonzone and financed by ADC Licensing.