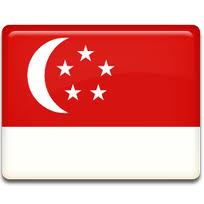 Cartoon Network, through a partnership with Singapore's Media Development Authority (MDA), is calling for creative original series pitches from professional and budding animators in the region.

Cartoon Network, through a partnership with Singapore’s Media Development Authority (MDA), is calling for creative original series pitches from professional and budding animators in the region.

The SNAPTOONS – or Short New Asia Pacific Cartoons – initiative aims to connect Cartoon Network with new creative talent from Singapore, with the end plan of investing in and developing fresh animated ideas appealing to kids.

SNAPTOONS invites animation industry professionals, individual animators and animation studios from Singapore to send in their pitches, with the potential to see their ideas eventually come to life in an original series. Up to 10 pitches will be shortlisted, based on their development potential, with up to five eventually created into broadcast shorts.

This marks Singapore’s second collaboration with Cartoon Network. In March, Cartoon Network and Singapore animation studio Scrawl Studios announced a multi-year agreement to develop, produce and distribute content on the channel across the Asia Pacific Region.

Cartoon Network has previously launched SNAPTOONS in India, Malaysia and Australia. As a result, the net has produced or is in production on a variety of projects including Kul Veera (India), Johnny Bravo Goes To Bollywood (India), Hi-So Hillbilly (Thailand) and Exchange Student Zero (Australia).

Submissions are open from now to until September 30, 2011 and can be found online at www.snaptoons.org.