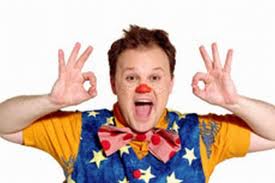 The first CBeebies show to be recorded in the BBC’s new home at MediaCity, Justin’s House (22 x 25 minutes) features CBeebies presenter Justin Fletcher (pictured, Something Special, Gigglebiz), who will entertain a live audience of kids ages three to six with a mix of singing, dancing and comedy.

Numbats (25 x 5 minutes) is a mix of live action and CG animation. It features 10 animated critters whose mission is to teach preschoolers about numbers. Aimed at kids ages two to four, the series is designed to help younger children with early numeracy skills.

In terms of renewals, music-based Zingzillas will return to the channel with a second series in a new, shorter format, and Mr Bloom’s Nursery will also return for a second series as Mr Bloom and the Veggies reunite to show how young children can learn from the experience of nurturing plants and vegetables.