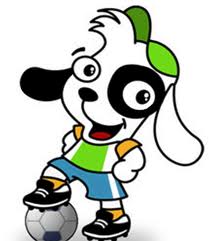 Hasbro is set to launch a new plush line in Latin America based on Discovery Kids channel personalities Doki and Mundi, among others.

Hasbro is set to launch a new plush line in Latin America based on Discovery Kids channel personalities Doki and Mundi, among others.

The plush line, targeted at kids ages two to six, will launch in November. The initial range featuring channel masccot Doki and his friend Mundi will include a 10” basic soft toy line, 12” interactive singing and talking plush, and 10” feature plush. As part of a multi-year agreement, Hasbro also has future plans to introduce a soft toy range based on Doki’s friends, Fico, Anabella, Gabi and Oto.

Doki was first introduced to Latin American audiences as the official animated host of Discovery Kids and has developed a devoted following over the years. He currently appears in interstitials on the preschool channel.

Hasbro will be joining an extensive Doki licensing program that includes more than 50 licensees across Latin America in categories such as toys, games, apparel, publishing and stationery.