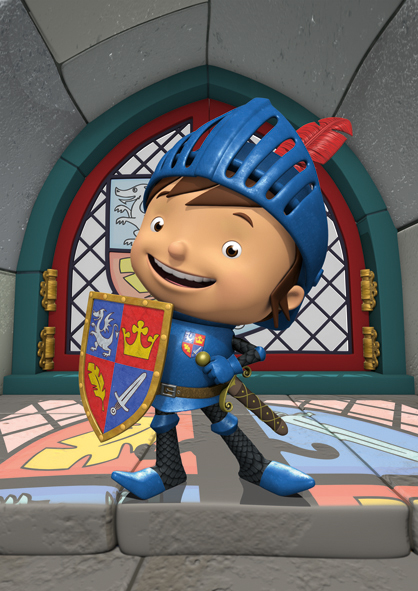 BBC Worldwide has been named the magazine publisher for HIT Entertainment's new preschool series, Mike the Knight, which is set to premiere on CBeebies this fall.

BBC Worldwide has been named the magazine publisher for HIT Entertainment’s new preschool series, Mike the Knight, which is set to premiere on CBeebies this fall.

The CGI-animated series will first be featured in BBC Worldwide’s CBeebies magazine in November, while a standalone Mike the Knight magazine will be published in September 2012.

Mike the Knight’s fantasy world of knights, dragons and magic will be the pillars for the new magazine. Co-produced with Corus Entertainment’s Nelvana Studio, the series follows a 10-year-old boy who is the son of the King and Queen of Glendragon. In his quest to become a noble knight, Mike is joined by a host of characters including his trusty steed Galahad, two eccentric dragons, Squirt and Sparkie, and his sister Evie, a trainee wizard.

BBC Worldwide has published the successful Bob the Builder magazine for HIT Entertainment for more than 11 years.