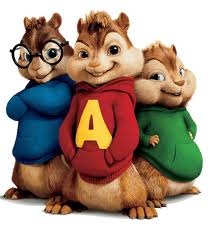 With the big screen debut of Alvin and the Chipmunks: Chipwrecked this holiday season, Twentieth Century Fox Consumer Products, along with Bagdasarian Productions, is kicking off a year-long merchandising program.

With the big screen debut of Alvin and the Chipmunks: Chipwrecked this holiday season, Twentieth Century Fox Consumer Products, along with Bagdasarian Productions, is kicking off a year-long merchandising program.

On top of seasonal products, the program will introduce a new girl-skewing branding initiative based on The Chipettes – the female rock stars of the group.

As the third installment in the Chipmunks film franchise, Chipwrecked will be the focus of  new character art and graphics with themes tied to key retail selling windows such as back-to-school, holiday and spring. The spring look will include a Chipwrecked island theme inspired by the new film. Other themes include rock ‘n’ roll, sports, cheerleading and nautical. New partners on board include Just Play, which will create basic, feature and novelty plush lines, with Vivid Imaginations as the UK distributor for the product. Santa’s Best will introduce holiday seasonal goods for the new film, while Gipsy has partnered for a specialty plush line in France.

In the interactive space, Majesco will take the lead with a follow-up Alvin and the Chipmunks: Chipwrecked video game. Ty will continue to produce their own special lines in the toy category, while Build-A-Bear Workshop will return with its line of plush featuring Alvin and Brittany and pre-stuffed plush of the other main characters.

HarperCollins is on board with a wide publishing program that will include beginning readers, novelizations, sticker books and storybooks.  It will be accompanied by Bendon Publishing, which will publish a line of activity, board and coloring books along with flashcards and workbooks.  Editora Alsto Astral will introduce a book program in Brazil.