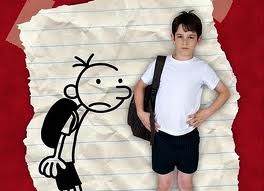 Twentieth Century Fox Consumer Products has put the final pieces in place as part of a division restructuring that was announced less than one year ago.

Among some of the top brands immediately on tap for Bohannon are Glee, Family Guy and The Simpsons and for Linn this includes Diary of a Wimpy Kid (pictured), Alvin and the Chipmunks, Avatar, Ice Age and Rio. Both positions will report to Pam Kunick-Cohen, SVP of global brand management.

Before joining Fox Consumer Products, Bohannon most recently consulted with Paramount Home Entertainment and Screenlife to develop marketing plans for the international launches of DreamWorks Animation DVDs and Scene It DVD games.

Linn is a veteran of the Disney Consumer Products division and most recently worked in the Disney Live Family Entertainment area where he led the international live events business consisting of Disney and Disney on Ice live shows with 15 productions touring 50 countries globally.