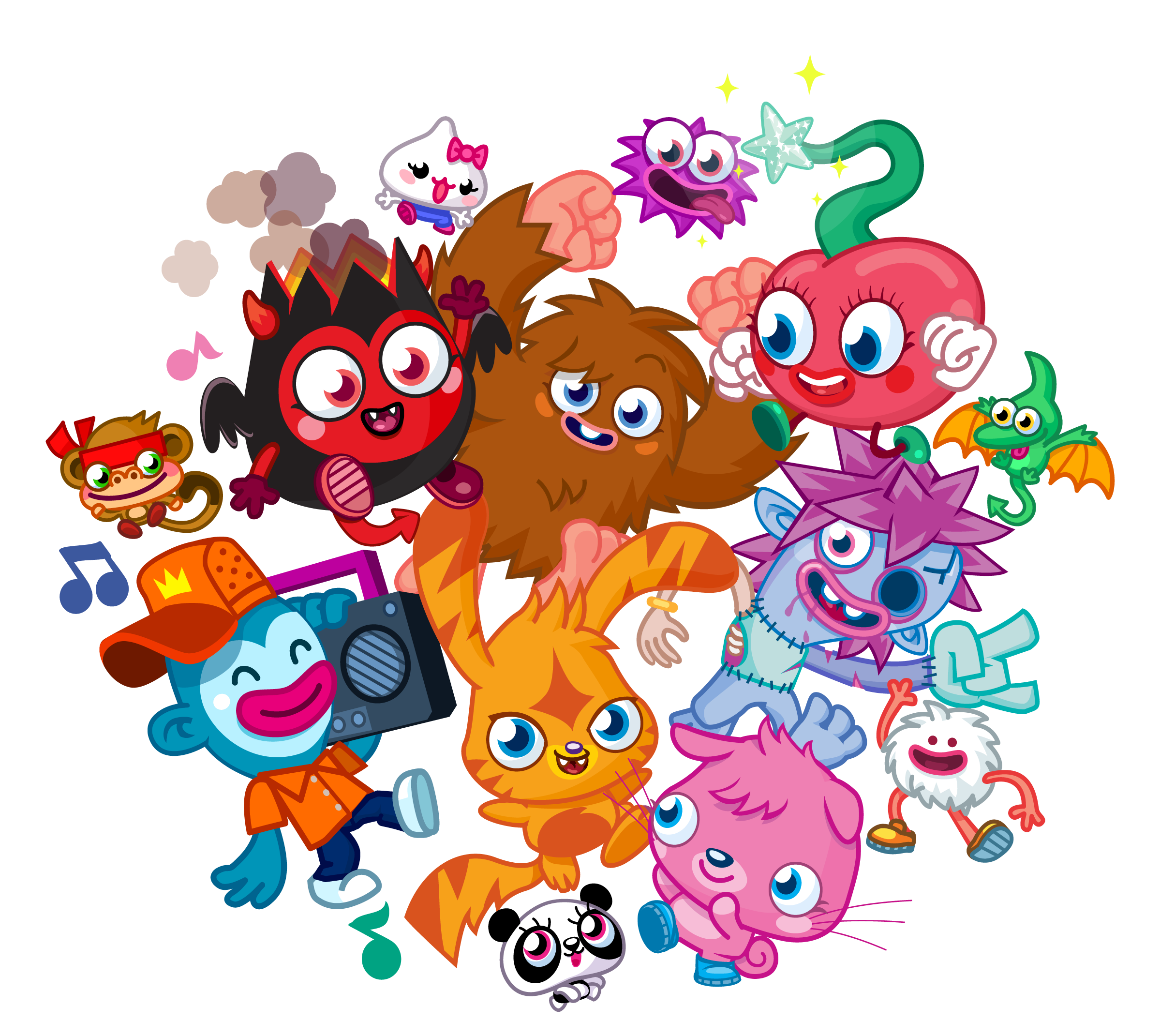 From indie live-action adventure series to broadcaster-supported content, it’s almost impossible to keep up with the number of series being created exclusively for the web. And along with these fledgling shows blazing their own trails online has come a handful of upstart web initiatives looking to become the YouTube of kids video viewing. We’ve ID’d three upstart online platforms that are vying for kid viewers and building their own unique business models.

Mind Candy, the company responsible for sprawling virtual world hit Moshi Monsters, is gearing up to launch its own content platform MoshiTV later this year. The plan is to add web-exclusive, video-on-demand programming from third-party producers to its growing well of Moshi Monster and user-generated content.

Darran Garnham, head of licensing at Mind Candy, says he’s been approached by traditional TV broadcasters interested in bringing the Moshi Monsters brand into their fold with offers ranging from producing a series to acquiring Moshi content. “But they couldn’t add more to our penetration,” contends Garnham, who along with Mind Candy president Michael Acton Smith, is adamant that the next wave of kids breakout properties will evolve virally online.

At the same time, the company is well aware that scores of producers passed over by broadcasters at markets are eager to get their content in front of an audience. “Just walking around Cannes, I saw small production companies with content that might never see the light of day,” says Garnham. So the company’s alternative channel model MoshiTV is intending to provide producers with an introduction to MoshiMonsters.com’s more than 40 million registered users, primarily kids ages 6 to 12.

Mind Candy also has Moshi clips and videos to add to the platform, as well as a future series in early development. And after being courted by a number of prodcos and distributors, Garnham says Mind Candy decided instead to turn the model on its head. “We said, ‘We’d like to hear more about how you’d distribute our brand, however, what have you got that you might want to put on our platform?’”

Garnham says Mind Candy is open to all formats, but points to humorous shorts, along the lines of NHK’s Domo interstitials, as content that would work particularly well for the platform. (Programming will be screened and certified as safe and appropriate kid-friendly content before it’s uploaded.)

MoshiTV also plans to offer a social element that allows kids to comment, rate and recommend shows to their friends. “Instead of a commissioning broadcaster determining what’s best, the children will say whether or not they like a show,” says Garnham. “So the most-watched shows will rise to the top, much like what YouTube has done in the adult world.” And based on reaction from kid viewers themselves, Mind Candy aims to invest in those top-rated MoshiTV properties to expand on content and work up corresponding licensing and merchandising plans.
Garnham says the company is working out plans for an economic model that tries to steer clear of relying on advertising. “We’ve been approached by a number of companies to advertise within Moshi, and to date that’s something we haven’t done because the minute we start to commercialize in that way, you risk the kids’ trust,” says Garnham.

Revenue models under consideration include involvement in co-productions and licensing plans on third-party content, charging fees to content providers interested in reaching Moshi’s audience, and exclusive paid membership perks that give users access to the newest programming. For the time being, however, MoshiTV will be free for producers and 75% free for kids to build up a strong channel model, though Garnham couldn’t release exact rates at press time.

“To begin with, it’s not all about the revenue side of things, it’s about getting the model right,” says Garnham.

L.A.-based Animation Development Company’s Toon Goggles is also offering a platform that boasts the potential to unearth a few gems that for one reason or another went unnoticed at markets.

“There have to be about a thousand cartoons a year that don’t get picked up at MIP by networks,” says ADC partner Ira Warren. And the need for a platform that acts both as a portal for kids to watch new content and as a test market for producers was borne from Toonzone’s own experience in shopping its Action Dad pilot around in 2008. (The series will air on France’s Canal+ Family and Télétoon France in 2012.)

Every Toon Goggles user sets up a landing page where he or she can add up to 100 cartoons to their toon strip. Kids can then send each other content from their strips, make recommendations and comment through the site’s social network.

Meanwhile, content producers have their own back-end pages that provide data analytics and professional networking features for free. In compliance with US COPPA regulations, information on individual kids is kept confidential, but rights holders can see the age of kids watching their shows and how they view and share the content. Similar to business networking site LinkedIn, producers and buyers will be able to track references and communicate with each other.

At press time, Toon Goggles had content from 20 companies ready to be screened for the May 31 launch. Once the platform has a stable base of 50 to 100 series, and a healthy viewership, Warren says the site will open up a revenue model that allows rights holders to pay for premium placement, as well as phase-in access for traditional advertisers.

Last summer, UK broadcaster CBBC expanded its Cartoon Works web portal to host a mini-site My Toons (bbc.co.uk/cbbc/cartoonworks/mytoons) that showcases animated shorts from around the globe. Sure, as an offshoot of the country’s highest-rated kidnet, the site had a headstart. But within four weeks of its launch, My Toons had helped bump up traffic across most of CBBC’s animation-based sites by 50% to become a destination in and of itself, proving the appeal of web-exclusive content to the six to 12 set. Over the last year the site has hosted close to 200 shorts, 59% of which were produced in the UK.

Though promoting and supporting homegrown UK animation was the initial raison d’être of My Toons, head of CBBC acquisitions and drama development Sarah Muller explains the interest in the site pushed her network to include more content from around the world and act as a showcase for something “that wasn’t normally available for our audience.”

Single pieces of content varying in length from 10 seconds to just under four minutes are what works best for My Toons. And the CBBC acquisitions team has taken on new animation from sources ranging from budding under-18 animators and experienced independents to established studios. Muller says the variety has given My Toons a YouTube-like sense of novelty and surprise in a safer environment for kids.

Every week, My Toons features a new set of five shorts, and the five from the preceding week join a see-more-videos area at the bottom of the page. My Toons generally has a three-month license in order to keep the content on the site fresh. The most successful shorts, determined by measuring views and compiling kids’ ratings scores, are presented as a branded 15-minute block that runs on CBBC on special occasion days throughout the year. “We had a core audience that stayed very loyal, but our main traffic would come in bursts around the specials,” says Muller.

Going forward Muller and her team are working on commissioning a second season of My Toons that will take into consideration the ratings as well as how the site has proven effective in supporting the UK animation industry. Muller says she hopes to continue the search for UK’s breakthrough young animators and keep looking for possible new series for development.