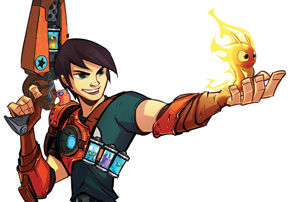 The 39 x 22-minute 3D series is a sci/fi adventure series that follows hero Elias Shane and his crew as they explore caverns and challenge their rivals in a subterranean world.

The series is currently in development and is expected to be delivered in 2012.