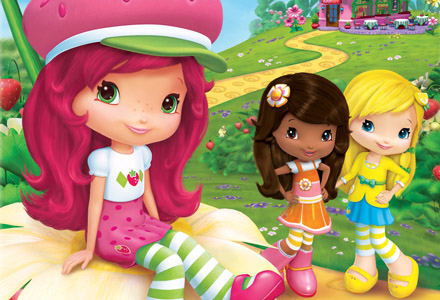 Strawberry Shortcake continues to show her relevance in Latin America and Europe through a series of new licensing deals.

Strawberry Shortcake continues to show her relevance in Latin America and Europe through a series of new licensing deals.

The Latin American deals were forged by American Greetings Corporation and international licensing agent Exim Licensing, on behalf of Cookie Jar Entertainment’s licensing arm CPLG, and include a renewed direct-to-retail partnership with Ripley in Chile, a DT Entertainment live traveling show in Latin America as well as eight additional licensees in Brazil, where the brand has shown considerable traction.

Across the pond, publishing continues to be a strong licensing category for Strawberry Shortcake. American Greetings and CPLG have forged European deals with publishing houses including Hachette Polska and Panini Verlags.

In Western Europe, Spain-based publishing house Editorial Bruño will develop a series of story, coloring, activity and baby books, while Panini Verlags will create a story book and a magazine line in Germany. A licensing agreement was also reached for Strawberry Shortcake activity, novelty and story books with Edicoes ASA in Portugal. New publishing activity in France will be handled by licensees such as Hachette Livres, M6, Turbulences Presse and Albin Michel.

New publishing deals in the Eastern European market include a licensing agreement with international publishing house Hachette Polska for a line of story books in Poland, as well as a similar deal in Hungary through the Mirax Blue Black group. Additionally, a magazine deal with Tarna Enterprises has been inked.