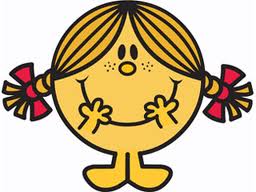 Chorion has secured new licensing and retail deals for its Mr. Men and Little Miss brand in Brazil through its licensing agent, Exim Licensing.

Chorion has secured new licensing and retail deals for its Mr. Men and Little Miss brand in Brazil through its licensing agent, Exim Licensing.

Buba has introduced a range of collectible figurines that will be sold at gift shops, while fashion retailer C&A will introduce a line of junior and young adult tops across 170 stores from August 2011. Foroni will launch notebooks at specialty stores, hypermarkets and small retailers in August this year. Also in August, Duraplast is producing a line of flip flops for kids and young adults with eight new designs planned at footwear retailers and hypermarkets. Lastly, Xeryus is creating four styles of handbags for young adults debuting at the Francal trade Show in June and will launch six new backpacks in August. Both lines will be available at specialty and small retailers.

The deals come as Mr. Men and Little Miss celebrates its 40th anniversary. Highlights for 2011 include the launch of a new character, Little Miss Princess, a new confectionery range at Tesco (UK) and acollaboration with Google featuring a series of Google doodles celebrating the brand and its creator, Roger Hargreaves. Further initiatives for 2011 will see the introduction of new products, exclusive fashion partnerships, campaigns in social media and music festivals and a live music-based show to tour regional theatres.