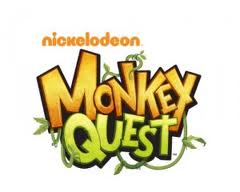 As a result, Nickelodeon is appeasing users with an added game called The Return of the Guardian Knights – an extended storyline that follows a lost patrol of ancient warriors who emerge from the Forgotten Temple after centuries of imprisonment.

The Return of the Guardian Knights will feature daily quests that will unlock trails, exclusive gear and uncover the secrets hidden beneath the Forgotten Temple. In addition, there will be community events where players can receive free gifts to assist them during their quests.

Members who opt for an enhanced gaming experience will have access to more challenging areas of the Forgotten Temple and can train to become a Guardian Knight.

Monkey Quest is an ever-evolving world set in the World of Ook, a mysterious realm where monkeys rule. The game is free to play with a hybrid payment option that allows players who want an enhanced gaming experience to gain access to trails, quests, abilities and other exclusive items via membership.