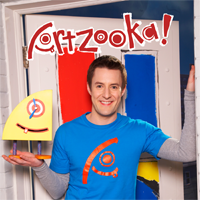 Artzooka! gets localized for France Télévisions

Toronto-based CCI Entertainment is teaming with France Télévisions on a new localized production of the live-action/CGI art series Artzooka!

Toronto-based CCI Entertainment is teaming with  France Télévisions on a new localized production of the live-action/CGI art series Artzooka!

Artzooka!, which will be shot in French and hosted by Mark Antoine (pictured), is slated for a fall 2011 launch on terrestrial broadcaster France 5. The agreement with France Télévisions includes the rights to Artzooka!’s interactive website, where kids are able to download art instructions and play a series of art-inspired games.

The deal marks the fifth formatted version of Artzooka! – the series has already been localized for Nickelodeon Germany, Discovery Kids Latin America in both Portuguese and Spanish and in English on Canada’s Kids’ CBC. An English version has also been sold in more than 30 markets.