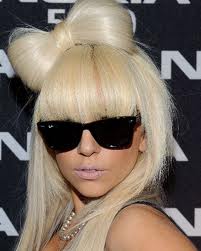 The reported 7.5 million underage Facebook users who potentially have access to Zynga's popular game FarmVille will now have an exclusive opportunity to listen to pop icon Lady Gaga's latest album through a newly created GagaVille farm.

Pop icon Lady Gaga, who has become well-versed in the subject of social media marketing with 9.9 million Twitter followers and counting, has turned to social gaming company Zynga to promote her latest album, Born This Way. The reported 7.5 million underage Facebook users who potentially have access to Zynga’s popular game FarmVille will now have an exclusive opportunity to listen to Gaga’s album through a newly created GagaVille farm.

The campaign will run from May 17 through May 26 and will straddle the official launch of Gaga’s album on May 23.

GagaVille, which will house unicorns, crystals and sheep on motorcycles within the FarmVille world, will offer exclusive access to un-released songs from Born This Way every day from May 17 through May 19 by prompting users to complete quests.

The program also reaches across Zynga games and across various platforms. Words With Friends, the mobile social game available on iPhone, iPad and Android devices, will feature a daily Words with Gaga contest, allowing players the chance to win Gaga prizes including tickets to an upcoming concert and a signed copy of Born This Way. Zynga is also rewarding players with limited edition Lady Gaga virtual items on RewardVille.com for them to use across 10 Zynga games. The full album will also be available as a free download with the purchase of a special Zynga US$25 game card, available exclusively at Best Buy.

This is the second time Zynga and Lady Gaga have teamed up. In March 2011, the two entertainment brands joined forces to raise US$3 million for Japan relief efforts.