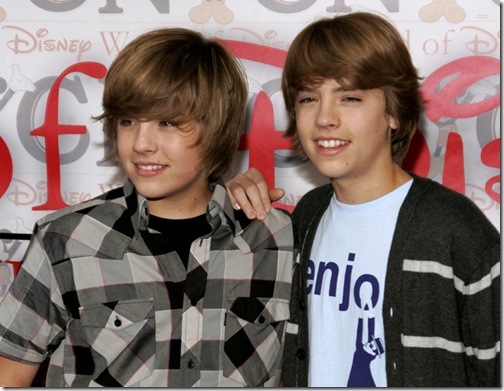 Disney graduates from The Suite Life

It's the end of an era for Zack and Cody, as the main characters of Disney Channel's live-action sitcom The Suite Life on Deck bid farewell to their fans tomorrow and head for college.

It’s the end of an era for Zack and Cody, as the main characters of Disney Channel’s live-action sitcom The Suite Life on Deck bid farewell to their fans tomorrow and head for college.

The May 6 series finale will be immediately followed by a special preview of the new comedy series A.N.T. Farm. The latter revolves around Chyna Parks, an 11-year-old musical prodigy who attends high school as part of the prestigious A.N.T. (Advanced Natural Talents) program.

In light of The Suite Life‘s departure, Disney Channel is hosting a yearbook-themed online campaign that asks fans to vote for their favorite series episodes. The episodes with the most votes in categories including Most Athletic, Cutest Couple, Most Likely to Succeed and Class Clown are currently airing in a week-long programming event. As of last Friday, more than 7.6 million votes had been received.

With 162 half-hour episodes between The Suite Life on Deck and The Suite Life of Zack & Cody, the franchise holds the record for having the longest-running continuous characters on air and the most episodes in Disney Channel history.