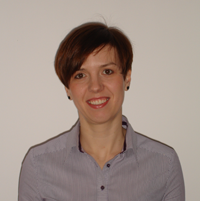 Based in Warsaw, Pawlowska will be part of the team dedicated to driving Turner CN Enterprises’ consumer products business in emerging markets. She will lead licensing strategies for Central Eastern Europe, working with the channel team in the region and Turner’s  CEE agent European Licensing Company (ELC).  Brand development for properties, including Ben 10, Bakugan and Generator Rex, is a priority.