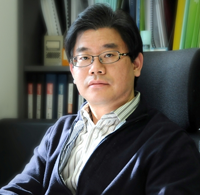 Chin-won Chang is taking the reins as GM of Cartoon Network Korea, assuming responsibility for the network's revenue, ratings and brand presence.

Chin-won Chang is taking the reins as GM of Cartoon Network Korea, assuming responsibility for the network’s revenue, ratings and brand presence.

Chang will also be responsible for the development and implementation of new non-television business ventures, including licensing and interactive.

With more than 10 years in the children’s entertainment industry, Chang was most recently GM of Tooniverse, where he launched a children’s portal site, Tooniland, and an online game version of Keroro.

Cartoon Network Korea was launched in 2006 as a joint venture between Turner Broadcasting System and JoongAng Ilbo.