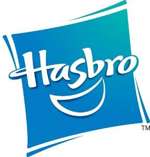 Despite growth within its boys segment, Rhode Island-based toy giant Hasbro has posted a 71% drop in profit during its first quarter.

Despite growth within its boys segment, Rhode Island-based toy giant Hasbro has posted a 71% drop in profit during its first quarter. The toy company’s net income fell to US$17.2 million, compared to US$58.9 million in 2010, largely due to decreasing toy sales amid a growing TV production business.

Sales within the Hasbro’s international segment grew by 15% to US$254.3 million. However, the company’s revenues within US and Canada dropped 8% to US$391.2 million.

Hit properties like Beyblade helped the boys category see sales increase by 25% to US$290.2 million, while games and puzzles dropped 12% to US$200.4 million. The girls category also saw a decline of 13% to US$113.2 million and the preschool category was down 18% to US$68.2 million.

Along with rolling out The Hub and amping up production at Hasbro Studios, the company has also indicated that the first quarter was used to lay the groundwork for the upcoming release of feature film Transformers: Dark of the Moon on July 1 as well as products supporting two new Marvel films, Thor and Captain America: the First Avenger, this summer. First-quarter spending also included continued investments in emerging markets.