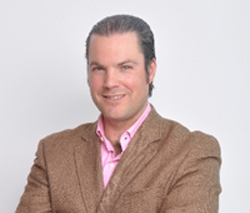 Cendra and Cabero will oversee all licensing efforts in their respective territories around properties from MTV, Nickelodeon and Comedy Central, including category expansion, property management and retail initiatives.

Based in Mexico City, Cabero will lead consumer product teams and direct agent and licensee relationships in Mexico, Brazil and across Latin America. Cabero previously worked for Walt Disney and Canal 13, among others.

From Madrid, Cendra will oversee Iberian consumer products operations, including agent and licensees.