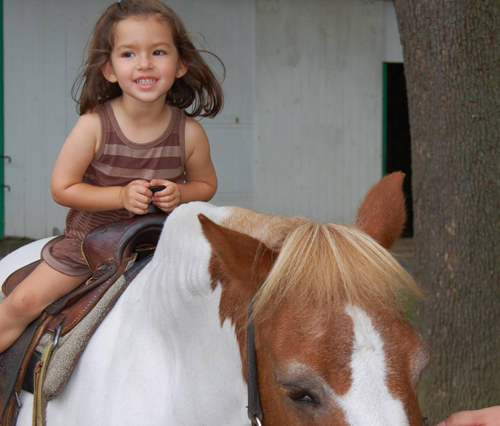 Research firm Insight Kids delivers an in-depth look inside the cognitive and social drivers that influence the media habits and content preferences of key kids demos around the globe.

Research firm Insight Kids delivers an in-depth look inside the cognitive and social drivers that influence the media habits and content preferences of key kids demos—namely four-, seven- and 11-year-olds—around the globe

When it comes to children, there are certain universal truths that transcend cultural differences. Emotions like fear, happiness and sadness are experienced by all kids, regardless of circumstance, yet there are so many cultural factors—think parenting styles and aesthetic tastes—that have an impact on how they interact with media. And with media options and access growing rapidly, opportunities abound to reach kids and tailor experiences to meet their needs.

With that in mind, New York-based research and consulting firm Insight Kids recently pooled more than a decade’s worth of its research with current findings from France-based Eurodata TV Worldwide to anchor a session at Kidscreen Summit 2011 that examined what content creators need to know about child development in order to create inspiring media for kids.

The research company’s focus both then and now is tied to the importance of understanding who kids are cognitively, socially and emotionally, and how this identity fits into the current cultural context. “More so than any other generation, kids are growing up in a world that is driven by media and technology, and this impacts almost all aspects of their lives, including how they learn, play and communicate,” says Stacey Matthias, co-founder of Insight Kids. “Playtime, for one, has broadened to include an array of digital options. Role-playing games have now extended into avatar-based gaming on social networks, and video games like Wii Sports are competing with outdoor sport activities.” Still, while the platforms used as sources of entertainment may be different and ever-expanding, Matthias contends that their basic role is constant in that they foster exploration and expression. In fact, creating inspiring experiences for kids boils down to two key “kidgredients,” says Insight Kids. One is to help kids do the work of growing up, and that requires an understanding of children’s needs. The second is to help kids have fun, which necessitates comprehension of what sparks their imagination. And shining a spotlight on three narrow audience segments that punch above their weight when it comes to influencing programming decisions might just help widen perceptions about what constitutes appropriate and engaging content.

Socially and emotionally, four-year-olds relish in pretending and/or playing dress-up, even with imaginary playmates. And while they often seek adult approval, they increasingly exercise their independence and are eager to perform tasks on their own. With this independence comes a better understanding of danger and a greater tendency to fear things like the dark or monsters. Cognitively, kids at this age can devote up to 10 or 15 minutes on a given activity and are naturally process-oriented, living in the moment rather than focusing on a successful outcome. They are also beginning to grasp the differences between reality and fantasy, as well as the significance of time. They are quite capable of speaking in full sentences, but this age group is often known for the over-use of one singular word—why.
Generally speaking, while four-year-old girls tend to play face-to-face and focus on each other, boys are often more interested in playing side-by-side while fixated on a third object. And though girls are more inclined to play games that help them explore relationships, boys often choose games and toys that are physical and action-oriented. (Of course, all kids develop at their own unique rate and the generalizations about gender differences in childhood development may often not apply.)
Given their established play patterns and developmental abilities, Insight Kids has found that the most engaging media for this age set is above all else nurturing. To get these preschoolers to engage with a property, they have to understand it first. Programming should revolve around familiar and relatable settings, characters and activities. The best shows have a pace that’s slow enough to allow kids to mentally digest what they are viewing. A predictable format also helps kids follow along, and programming should present clear take-away messages that are packaged with a simple look and feel. Since kids this age learn by seeing first and foremost, events and messages should be communicated visually as well as verbally. Well-written stories that have a clear beginning, middle and end are absolutely necessary, as are well-presented obstacles that they struggle with in their everyday lives, like learning to take turns or feeling shy.
Many of these qualities are found in global series that rank highly with this age group, according to ratings agency Eurodata TV Worldwide. Dinosaur Train (Finland, Norway), Tom and Jerry (Russia, Italy), Winx Club (Russia, South Africa), Bernard (Indonesia, Spain), Shaun the Sheep (Norway, Sweden) and The Penguins of Madagascar (Italy, Sweden) are engaging four-year-olds all over the world.

Seven-year-olds are building social attachments while also developing a stronger sense of who they are. Sensitivity really kicks in at this age, as kids begin to form gender identity and also become more conscious of being liked as individuals. Cognitively, they thrive on order and orderly thinking, and therefore, love to collect and organize. This group is still mostly process-oriented and is increasingly developing inferences based on concrete observations. Gender differences are also becoming more pronounced now. Boys, for example, often play in large groups, choose games that are more competitive and complex, and participate in fantasy play that revolves around high stakes and action. Girls, meanwhile, prefer to play in pairs or with a best friend, with whom they choose games that are more collaborative in nature. Girls also participate in fantasy play, but they tend to eschew action for the drama involved with personal relationships.
With the developmental stage in mind, Insight Kids contends that the most engaging media for this age group offers the chance for safe risk-taking. Shows that break the rules just slightly, like Phineas and Ferb and Mythbusters, appeal to this demographic, as do interactive programs in the mold of American Idol, which taps into their increasing desire for control over situations. Sticky content also helps seven-year-olds apply what they see to their own lives. Social and playground currency holds sway, as kids are now starting to be interested in shows or properties that they can talk about with their friends and from which they can extract “inside jokes.” Series that make a strong distinction between good and evil also appeal to seven-year-olds as they are not moved by subtlety.
A look at some of the most popular programming, as determined by Eurodata TV, bears this research out. In the US, for example, tween-targeted iCarly (Nickelodeon) is the most popular series for kids ages six to nine. The show is aspirational—younger kids feel cool for watching what older kids are doing. “They are likely not taking in the same level of information that older kids are,” says Insight Kids director Sarah Chumsky. “For instance, the show’s jokes are not as relatable [for seven-year-olds], nor is what the characters are doing, such as creating their own websites and having crushes. Still, it’s layered enough to include younger kids, with gross-out messes like spaghetti tacos.”

“Kids who are 11 are just that, kids. And their developmental stage is often overestimated by more mature programming,” says Matthias.
Children at this age are starting to have more of an identity within their social circle and in the online social space. They are also beginning to worry about body image and are becoming more self-conscious about being cool enough. Cognitively, this group can grasp delayed gratification and is able to think about the future. They can categorize with more abstract and complex thinking, and therefore can understand concepts without having direct experiences. They may also begin to challenge the rules, which is why they crave content that pushes the boundaries with naughty jokes and depicts situations with real physical and social stakes.
Particularly for this age group, cultural filters need to be in place as kids are more aware of themselves and their surroundings. While there are universal funnies that transcend economic, social and geographical factors, humor that flies in Asia may elicit blank stares from those in South America, especially if the jokes riff on cultural norms. Shows like The Simpsons, for instance, successfully speak to this age group on a global level because kids can relate to both its slapstick humor and the gender-reinforcing qualities of protagonists Bart and Lisa. The former allows kids to overstep the rules and make jokes, while the latter embodies social awareness and the ability to shape the world. In fact, kids at this age are interested in making a difference, which is why age-appropriate news shows are well-received—they provide kids with the ability to mobilize against an issue.
Eleven-year-olds use media to explore budding romantic relationships, too. They watch their favorite characters experience first crushes and kisses, and in this way learn how to manage their own interactions. And while these kids are exploring the opposite sex and their independence, they still rely on structure. As such, the presence of role models like parents, coaches and teachers should be important fixtures in programming targeting this group. Pop-culture references deemed to be trendy or cool are also going to strike a chord with the demo. Overall, the most engaging media supports their looming transition from kids to teens.
“Content creators need to be thinking of kids as muses in the creative process,” contends Matthias, concluding that an understanding of who kids are today can drive inspiration for sticky media experiences in the years ahead.