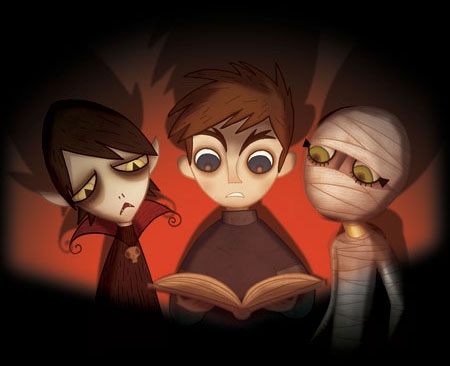 Walker Productions, the production arm of indie book publisher Walker Books, and Coolabi have jointly secured the TV, gaming and licensing rights from Donbavand and will develop the books as an animated TV series for kids ages seven to 10. Scream Street begins development this year with production slated to start in 2012.

Staying true to the book series, Scream Street the TV series will follow the story of school boy and reluctant werewolf Luke Watson. When the Government Housing of Unusual Lifeforms (G.H.O.U.L.) gets wind of Luke’s secret, they transfer him and his parents to Scream Street, where surfer-dude goblins, laid-back zombies, ghosts, vampires and witches freely roam.

The Scream Street brand has already garnered a loyal fan base since the launch of the first book title in 2008. Ten books have been published to-date, with book 11, Hunger of the Yeti, launching in April. The books have so far sold into China, Denmark, France, Germany, Italy, Japan, Portugal, Russia and Sweden.