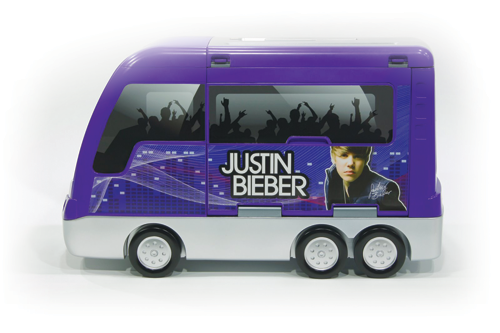 Production costs are up more than 15% this year in the world's manufacturing hub. The question is whether or not toy makers can continue to pay the price.

Production costs are up more than 15% this year in the world’s manufacturing hub. The question is whether or not toy makers can continue to pay the price.

The shifting economic tides are signaling the end of inexpensive manufacturing in the Guangdong province of China, home to an estimated 4,000 toy manufacturing firms. The rising cost of doing business in the region is so significant, in fact, that many manufacturers and their toyco clients are actively looking for new production centers to counteract the current price hikes. While it’s unlikely that an entire industry can just pull up stakes and leave right now, industry watchers agree that the ever-swelling costs will have to be passed down to retailers and ultimately consumers in the short term.

Simply put, it’s getting more expensive to manufacture goods in the South China hub. The Purchasing Manager’s Index—the primary measure of manufacturing activity in China compiled and issued by the country’s government—dipped for the third consecutive month in February to 52.2 from January’s 52.9. The number, arrived at by China’s Federation of Logistics and Purchasing indicates what many in the toy industry already know—manufacturing is slowing in the country.
“There has been a drum beat and it’s been beating regularly in the last six months,” says Jay Foreman founder of The Bridge Direct and Acorn Management Group and a toy industry veteran with 30 years of experience. “Prices have been rising steadily for more than five years and then they stabilized because of the financial crisis. But as the economy has picked up, it has really gotten intense in the last three to four months.”
The reasons for the increases are comprehensive and inescapable. Firstly, inflation is a reality for the blazing furnace of China’s economy. Currently the country’s inflation rate is clocking gains close to 5% per month, resulting in a cash-rich economy that’s constantly applying upward pressure on wages.
“The Chinese government has a plan to double the minimum wage over the next five years,” says Arnie Rubin, founder, CEO and president of Funrise Toy Company and past chairman of the Toy Industry Association. Rubin says that inflation, combined with the growing cost of competing with electronic goods manufacturers for labor, is making toy manufacturing in China almost untenable.
“In the toy industry, we are competing with other industries that can afford to pay higher wages,” Rubin says, explaining that electronic manufacturers’ percentage of labor costs per product is a fraction of what toycos have to pay.
The rising valuation of the Renminbi—China’s currency that reached its highest mark against the US dollar in five years last June—is also a factor helping to jack up manufacturing prices and give toy makers pause. “For the first time ever you have manufacturers quoting in Renminbi,” says Richard Gottlieb, a New York-based toy industry consultant and publisher of online trade Global Toys News. “That would have been unheard of a year ago.”
Whether or not the Renminbi is undervalued is an issue for economists to debate, but the overall upshot is that the currency is on the rise, putting upward pressure on the cost of manufacturing in China.
These factors could be mitigated through controlled wage increases, more efficient compliance procedures and hoped-for government tax breaks, but skyrocketing raw materials costs are beyond the purviews of both government and business.
Crude oil prices rose by nearly 13.8% between January and December 2010, according to the US Energy Information Agency. And so far this year, it isn’t slowing down, with the first three months of 2011 marking similar increases. Meanwhile, political instability in North Africa and growing worldwide demand continue to boost prices.
“Crude oil is jumping,” says Rubin. “It’s the genesis for all plastic material, so obviously it is going to have an effect on the toy industry.”
Oil isn’t the only commodity growing more expensive by the day. Cotton prices are also on the rise, meaning more cash is required to buy the materials needed for accessories, such as garments for dolls and parts of plush toys.
“The cost of cotton is through the roof,” says Gottlieb. According to the US Department of Agriculture, cotton prices hit a 15-year high in 2010, and a recent drought in China has cut the country’s production of the commodity by almost 15%.
It’s a bitter stew for manufacturers to digest—higher wages as a result of a rising minimum wage and labor competition, currency hikes, soaring raw material costs, inflation spikes and the additional (yet hard-to-calculate) cost of environmental and social compliance.

So, what’s the damage?

It is anyone’s guess how much more manufacturing prices will rise in the coming months. “In stationery, I have heard about a 50% increase in cost almost overnight,” says Rob Corney, MD at London-based licensing agency Bulldog Licensing. “That’s extreme, but it’s difficult to say otherwise. I would hesitate to put a number on how much retail prices will go up.”
Gottlieb is less hesitant and says that prices have already climbed between 5% and 30%, depending on the product. He adds that the median price increase is sitting at about 15%.

It’s an initial guesstimate that Foreman agrees with. “I’d say it’s 15% to 20% on the first cost of goods,” he says.
Corney says the price increase will eventually hit consumers as manufacturers and retailers will need to keep up their margins in an ever-competitive marketplace. “Retail is never willing to put up prices or trim margins,” he says. “But at some point, something has to give. It will come to a point where there is simply no option, and retailers will have to react.”
However, Rubin notes that in an industry reliant on the spending of discretionary income like the toy market, keeping prices down is the number-one concern and the one factor that every supplier knows is paramount. “The requirement for keeping retail prices down is important,” he says. “If they become too expensive, they simply will not be purchased. We aren’t talking about bread and milk here, we are talking about toys.”

Given the arguably historic pressures they’re facing, many manufacturers are looking outside of South China to establish a new manufacturing base. However, this approach is fraught with difficulties. The region is so well-established and is already home to the expertise and, more importantly, the infrastructure required to carry out large-scale toy manufacturing.
“Honestly, their strength isn’t even the lowest price anymore,” says Gottlieb. “It’s the infrastructure. In that region they can make and ship massive quantities of goods because of their ports and highways. It won’t be easy for any other territory to compete against that.”

Foreman agrees that it will take a long time to establish the intricate expertise and infrastructure needed to compete with China.
“The toy industry is very specialized,” Foreman says. “Everybody is looking everywhere, but I think you have to understand the reality of the business. The type of equipment and machinery and the sophistication in the production facilities are all in China. There are no moves outside of China, in my opinion.”
That may depend, though, on the particular types of toys being made. Simpler plastic items that don’t require intricate injection moulding have already moved out of China, according to Rubin.“A lot of our production is now in Vietnam,” he says. “It was a natural progression for us. Lower-priced goods are going to evolve to different areas in China or out of the country altogether.”
Corney says that in the short-term there are not many viable alternatives to South China, but that if the current conditions continue without significant relief in terms of government incentives, manufacturers will have no choice but to look elsewhere.
“People are already looking at Eastern Europe, Turkey, and even in Middle Eastern countries like Iran,” Corney contends. “I also think there is a huge opportunity for newly liberated territories to increase their manufacturing base. They could significantly challenge China over the next 20 years.”