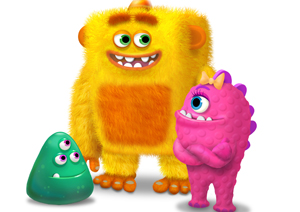 The 30 x 12-minute preschool series is being produced at DHX’s Halifax studio for the CBC and SRC.

The series features friendly monsters who use their math skills to get out of jams and was created by DHX Media’s Jeff Rosen, who also created DHX shows Poko, Animal Mechanicals and Bo on the GO.