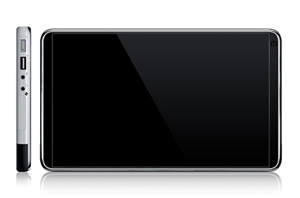 With 85% of parents buying the iPad as a family device, the importance of visually appealing and user-friendly kids' apps have never been more important. Thus was the inspiration behind Kidscreen's Apps Showdown, which was held last month in conjunction with iKids in New York City.

With 85% of parents buying the iPad as a family device, the importance of visually appealing and user-friendly kids’ apps have never been more important. Thus was the inspiration behind Kidscreen’s iKids conference, which was held last month in conjunction with the annual Kidscreen Summit in New York City. Designed to both challenge and inspire attendees, the event’s App Showdown put the spotlight on the best kid-friendly apps selected from a field of 70-plus entries submitted to the contest.

The judges, Warren Buckleitner, editor in chief of Children’s’ Technology Review, Kidscreen editor Lana Castleman, Michael  Levine, executive director at Sesame Workshop, Anita Frazier, industry analyst at NPD Group, Sandra Calvert, director of the Children’s Media Center and Living in Digital Times’ Robin Raskin took a look at the dozens of apps submitted to Kidscreen. While addressing various skills and age groups, the 10 deemed best in show all posses the ability to take advantage of a device’s features, are easy to learn yet provide kids with room to grow, and are fun in nature:

Ballonanimal Pop, Ideo: Pop or be popped. That’s essentially the premise of this game, which proves to be particularly handy for young children who have difficulty performing well-integrated hand-eye coordination activities on small screens. Sandra Calvert suggests the fast-paced game with increasingly difficult levels could foster discrimination skills in young children.

iSpy Spooky Mansion, Scholastic: The production values in this childrens’ app took the prize, as did its attention to detail. Rhymes on each page ask children to find hidden objects. Visual feedback, sounds, highlighted words and the full range of iPhone gestures and motions help make this game as much fun as iSpy in real life.

Symmetry Shuffle , Carstens Studio: Selected for its elegance and simplicity, Symmetry Shuffle is a visual exercise in the concept of symmetry. The game presents a grid (of increasing difficulty) with colorful patterned objects. By touching, pulling and flipping the images kids attempt to create correct the objects so that they’re symmetrical.

Tickle Tap Apps, Zinc Roe : A series of apps that all have a toddler-appropriate look and feel. Sound Shaker, in particular, allows kids to experiment with multi-touch and a host of sounds.

The Heart and the Bottle, Harper Collins: This app, only available from the iTunes store in the UK, took a best-in-show nod for its strong illustration, narration and judicious use of app bells and whistles that let the reader interact with each page.

Five additional apps noted for their features include SuperWhy from PBSKids , The Penguins of Madagascar from iStoryTime,  Thomas and Friends from Misty Island Rescue from Callaway Digital Arts, Toy Story 3 from Disney Interactive and Learning Touch’s Bob Books.