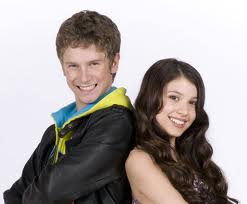 Co-produced by Shaftesbury and Heroic Film Company, Connor Undercover follows the adventures of 15-year-old spy buff Connor Heath, whose life is kicked into overdrive when the first daughter of the leader of a small island nation is sent to live with his family to escape political danger at home.

The 39 x half-hour series is also broadcast on Family Channel in Canada, Nickelodeon in Germany, ABC in Australia, Boomerang in Latin America, Gulli in France and VRT in Belgium.