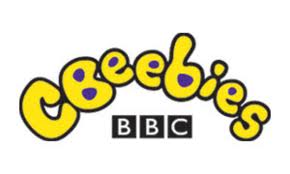 BBC's preschool channel brand CBeebies is headed to Norway, Denmark and Sweden as a bespoke, localized service on the new CANAL+ children's channel, which will be available in the region starting in June.

BBCs preschool channel brand CBeebies is headed to Norway, Denmark and Sweden as a bespoke, localized service on the new CANAL+ children’s channel, which will be available in the region starting in June.

CBeebies will launch as a non-commercial, daily block on the channel, and programming will be dubbed into Danish, Norwegian and Swedish in addition to being available in the original English audio. CBeebies will air every day in two three-hour blocks in the mornings and afternoons. A number of CBeebies shows will also be available as a VOD catch-up service.

The CBeebies block will feature a range of program premieres including the science-based series Nina And The Neurons, The Roly Mo Show and CBeebies Australia commission Penelope K By the Way.

The introduction of the CBeebies block means that all of the BBC Worldwide thematic channel brands now have a presence in the Nordics. BBC Entertainment, BBC Lifestyle, BBC Knowledge and BBC HD launched across the Nordic markets in December 2008. BBC World News is also available in the region.