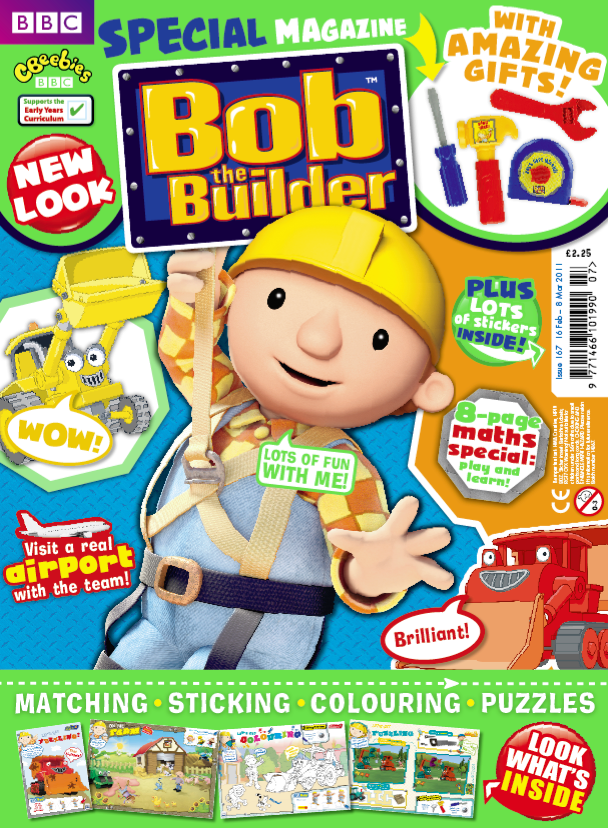 Bob the Builder gets publishing makeover

The magazine’s move to using CGI art is in line with the new CGI TV series, Bob the Builder: Ready, Steady, Build!, which airs on CBeebies in the UK. The program’s average audience share has seen an increase of more than 37% since the CGI series first aired. The 10-year-old magazine will feature new stories, pictures and characters.