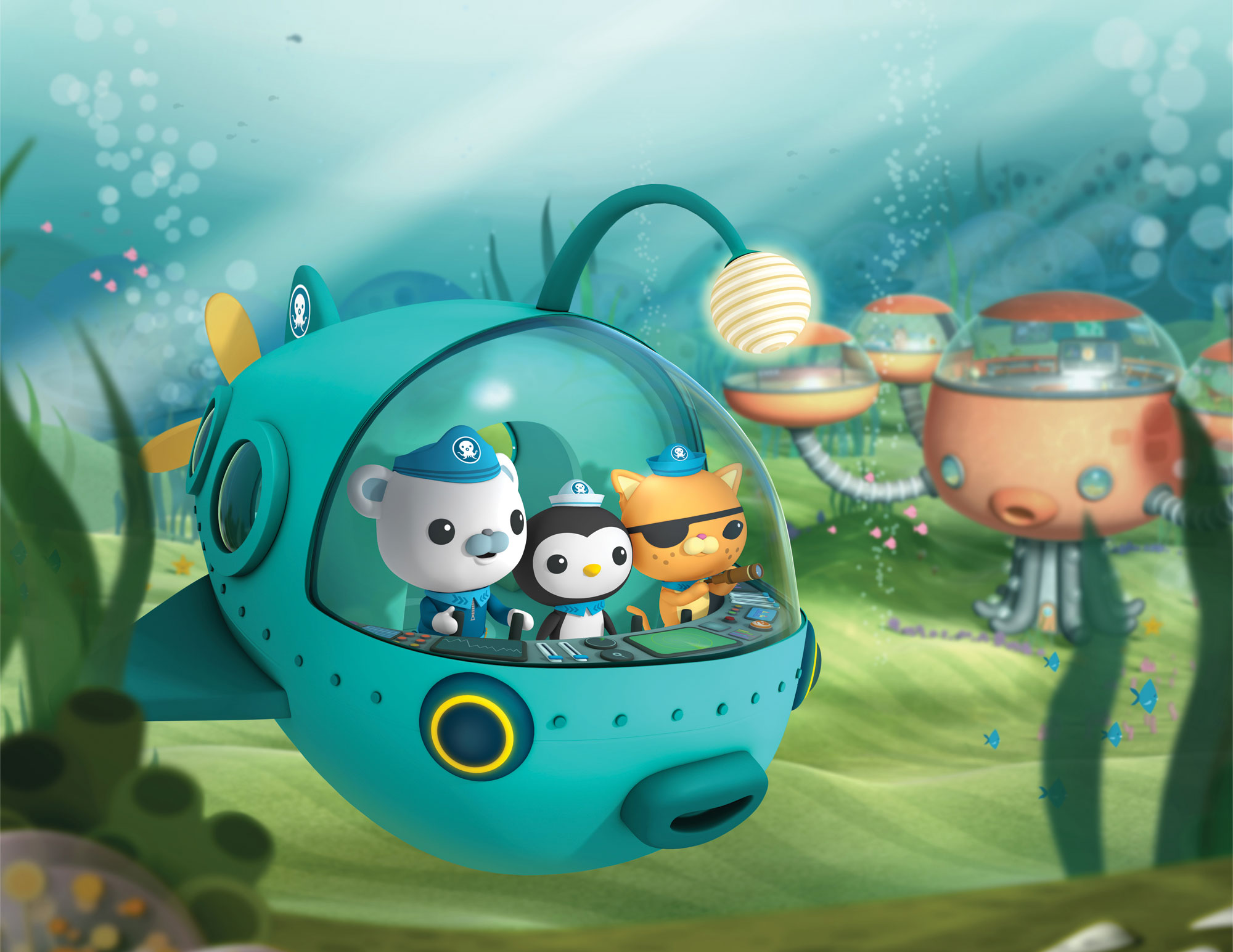 The 52 x 11-minute CGI series for kids three to six, animated by Dublin, Ireland-based Brown Bag Films, is about an adorable team of undersea explorers born from a pre-existing book series. Set against a pastel palette, the critters—including a valiant polar bear, daredevil kitten and big-hearted penguin—embark on missions to explore, rescue and protect the fragile underwater environment.

So far so good

In December the series was already rating as the number-one show among boys four to six and number two among all kids two to six on CBeebies, according to Chorion EVP of global licensing and sales Steve Cipolla.

“All territories watch what the rest are doing,” says Cipolla. “When we’re negotiating an opportunity to open up new markets, just the fact that it’s doing well in the UK and in Latin America is a strong indicator to a lot of international markets that it’s a hit.”

Cipolla adds that negotiations over scheduling are largely at the discretion of the broadcasters. CBeebies, for example, strips the show from Monday to Friday, and Discovery Kids Latin America airs the series every weekday morning. France’s TF1, however, has soft-launched the series through a Sunday morning slot. “TF1 will do that for a period of time and then see how it rates and build from there,” says Cipolla.

Cipolla says CBeebies put a lot of resources behind launching the series, including a huge on-air, tune-in campaign and highlighting The Octonauts as a major property on its free online iPlayer service, where it has become the most popular kids program. The Discovery Kids launch, which spanned several different markets in Latin America, relied on more regionalized efforts. And Cipolla says Chorion followed the broadcaster’s lead and expertise in marketing to those territories. For example, Discovery generated localized outdoor advertising, which Cipolla says is unique to Latin America in driving audience awareness.

For its part, Chorion educates broadcast partners about special themed episodes and provides content calendars to help create tentpole events. “We can work strategically with them to see the year ahead so they can tap different episodes for any season or holiday,” says Cipolla. The company has also created an immersive online experience designed to live within broadcasters’ sites that includes games and activities as well as a card-collecting component and personalization features.
Keeping close tabs on the fickle mommy blog scene is another priority for Chorion. So far Cipolla’s seen good reviews of the show and signs of viewer engagement like homemade Octonauts products and YouTube clips featuring kids singing The Octonauts’ theme song cropping up online. Another nice surprise has been that dads as well as moms are chatting about the show. Though it’s early to really put that anecdotal feedback to use, he foresees the comments and emerging play patterns helping to shape Chorion’s plans for future content programming and products.

Besides broadcast sales, Chorion is in the throes of prepping the rollout of Octonauts merchandise. Master toy partner Fisher-Price is developing a line for this fall that will feature boy-targeted Octonauts vehicles as well as the Octopad home base. Additionally, a publishing deal with Simon & Schuster in the UK will see the TV tie-in books roll out this year.