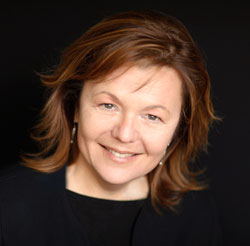 Former Canada-based Corus/Treehouse TV programming exec Brenda Nietupski is back on the scene with her new kids prodco Little Tugboat, along with a new series on deck.

Former Canada-based Corus/Treehouse TV programming exec Brenda Nietupski is back on the scene with her new kids prodco Little Tugboat, along with a new series on deck.

And she’s not alone. The president and director brought on Josh Selig, founder and president of New York-based Little Airplane Productions, who will serve as VP and director and also has an interest in the company.

They’re kicking things off with the live-action/animated series The Adventures of Napkin Man, revolving around a preschool teacher who draws the titular superhero that springs to life in an animated world.

Selig and Little Airplane’s Tone Thyne created the series with the curriculum from Dr. Laura G. Brown (The Wonder Pets!, Ni Hao Kai-Lan). Currently in development with CBC, it’s a co-venture with Breakthrough Entertainment and Little Airplane with animation services to be rendered.

Little Tugboat is also enlisting J.J. Johnson of Sinking Ship Entertainment to direct the live-action elements of the pilot.

Meanwhile, DHX Media president and COO Steven DeNure will sit on the new prodco’s Board of Directors as an independent member.