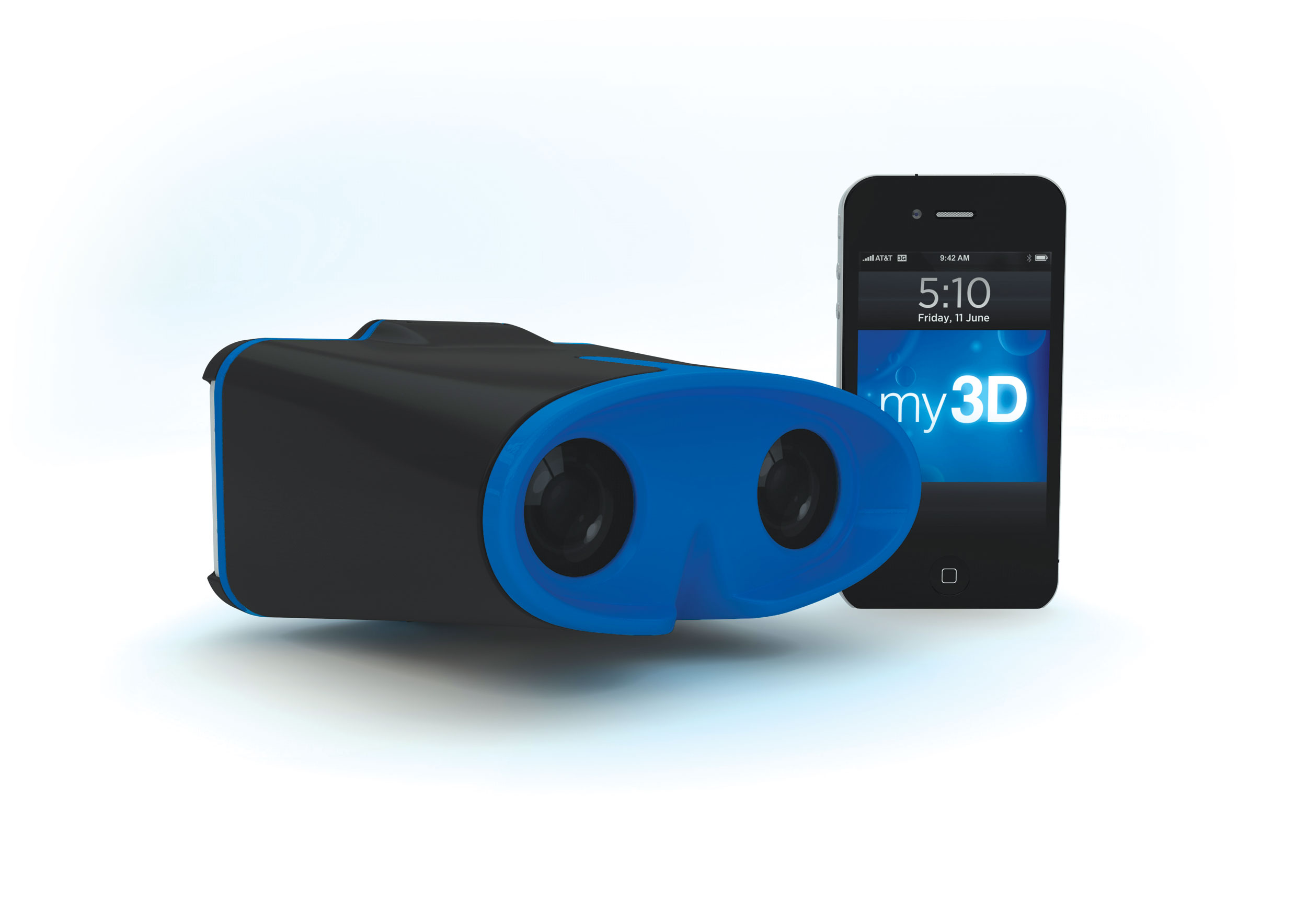 Hasbro is set to bring 3D viewing to Apple devices.

In an attempt to capitalize on the ever-growing appetite for 3D content and mobile devices, Hasbro is gearing up for the April launch of its new portable 3D viewer, aptly named My3D. The binocular-like accessory attaches to either an Apple iPhone or iPod Touch and allows users to experience 3D entertainment on the go. We’re talking apps that contain games, videos and other immersive experiences that Hasbro’s producing with third-party studios for distribution via Apple iTunes.

“Consumers are very interested in getting 3D, but we don’t think they are ready to spend lots of money on expensive hardware for it,” says Adam Biehl, senior director of marketing at Hasbro, currently the second-largest toymaker in the US. “We are offering the opportunity to experience 3D in an affordable way using a platform people already have in their pockets.”

The types of games launching alongside the My3D accessory (SRP US$30) are designed for shorter-term, arcade-style interaction that involve 360-degree viewing experiences. For instance, Hasbro collaborated with the L.A. Tourism Board to develop an app that gives users a 360-degree picture of the city with real-life perspectives.

And just as the aforementioned Apple devices are embraced by consumers of all ages, the My3D device and corresponding apps will target a broad audience of adults and kids eight and older. Since the user holds the device directly up to his or her face, as opposed to wearing it like glasses, the experiences will all be generally bite-sized in nature.

With that in mind, the accessory could come in handy as a promotional tool for the ongoing wave of 3D feature films. Through My3D, Hasbro is partnering with many of the major studios like DreamWorks and Sony, and providing users with access to exclusive 3D film trailers and content.
“There are a lot of people out there creating 3D content,” says Biehl. “But right now there aren’t a lot of places to show it.”