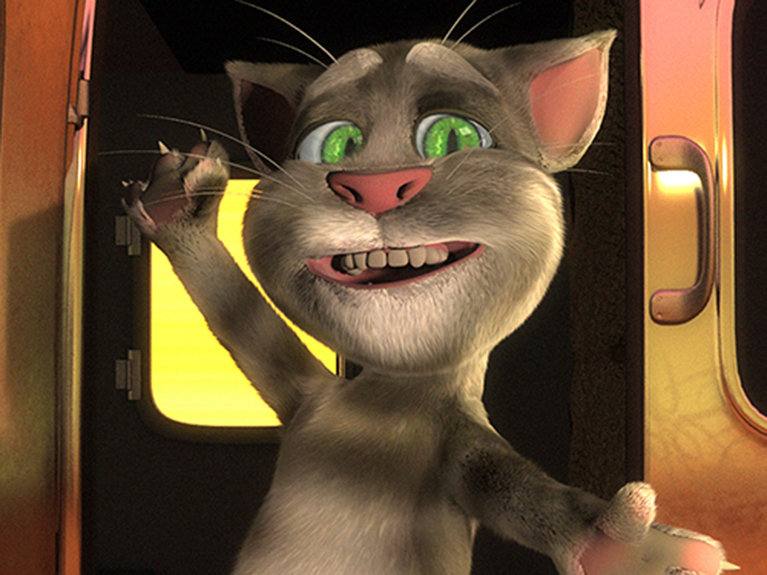 Ottawa, Canada's Fuel Industries has spent the past eight years creating international, interactive, viral campaigns for big-name brands such as Panasonic and the Gap. And thanks to a ground-breaking deal with McDonald's Global for the first-ever digital Happy Meal promo, the 100-employee agency is putting that net-savvy to work for itself and blurring that ever-thinning line between advertising and content creation.

Ottawa, Canada’s Fuel Industries has spent the past eight years creating international, interactive, viral campaigns for big-name brands such as Panasonic and the Gap. And thanks to a ground-breaking deal with McDonald’s Global for the first-ever digital Happy Meal promo, the 100-employee agency is putting that net-savvy to work for itself and blurring that ever-thinning line between advertising and content creation.

McDonald’s outlets in 40 European markets, covering 11 languages, are in the process of handing out some 30 million Happy Meal CD-ROM premiums sporting the Fairies & Dragons characters and corresponding casual games designed and executed by Fuel. For McDonald’s, the promo marks its foray into the digital space. To be sure, the fast-food giant isn’t eschewing a physical premium. Boys and girls will receive one of four Fairies or Dragons toys with the Happy Meal, but the difference is the Fairies are perched on plastic clamshell CD cases, while the Dragons’ ‘eggs’ hatch to reveal the CD-ROMs. And like many web/toy hybrids launched in the last year, the real interaction with the promo begins when kids pop those disks into their home computers and find that their given Fairy or Dragon is sitting on their monitor’s desktop waiting to be fed, nurtured and played with.

It may also be the first time McDonald’s has licensed characters from an advertising agency for a promo, diverting from the norm of hooking up with established content partners like Disney and DreamWorks for movie- and TV-based tie-ins. In fact, the deal between the restaurant chain and Fuel turns the model on its head, starting with character creation, moving to brand promotion, and then using the promo as a platform for content distribution. To be certain, Fuel views this promo as a strong launch pad for its original IP.

Fuel started up its own licensed entertainment group focused on creating digital properties roughly two years ago. ‘We were going to produce the Fairies & Dragons game with a toy company,’ says CEO Mike Burns. ‘But we pitched it to McDonald’s first, and that’s how it ended up moving forward.’ Chief creative officer Warren Tomlin adds that McDonald’s went for the property largely because it was able to shape the content in a way it wouldn’t be able to with a promo piece based on a completed film or series.

Tomlin says McDonald’s specified that the property should complement the idea of healthy living, and the games should be designed to enable short, multiple play sessions so kids wouldn’t sit in front of the computer for hours at a time. To that end, the three games on each disk play out in about 10 minutes per session, but contain roughly 10 hours of total game play. Additionally, Fuel had to ensure that the games used non-verbal clues and directions to move the play forward as the CD-ROMs were being distributed in 11 languages.

Looking ahead, Tomlin says Fuel is in talks with McDonald’s to bring the concept to its outlets in Australia, Japan and North America, and the agency’s been approached by licensees looking to put Fairies & Dragons on ancillary products. Moreover, Burns and Tomlin have teamed up with 4Kids TV and are seeding the market for Fuel’s next property, allgirlarcade.com. The web portal, meant to encourage girl gamers, went live late last month and will be launching a full-blown MMOG in September.