To promote season four of the Teenage Mutant Ninja Turtles TV series and its coinciding toy line, Nickelodeon and Walmart Canada are using an episodic online approach to promote the heroes in a half shell.

If you’ve ever wanted to be immersed in the world of the Teenage Mutant Ninja Turtles, now might be your chance.

To promote season four of the animated TV series, which began airing on Canada’s YTV October 31, and the latest line of Ninja Turtles toys, Nickelodeon Canada and Isobar Canada have teamed up for a branded content play called “City Under Siege.”

The episodes are also interactive. Hidden Easter egg characters can lead to winning a prize and are meant to encourage viewers to watch the videos more than once. Additionally, viewers can pause the episode by clicking on hotspots to learn more about each character, including their bios and weapons, as well as see additional merchandise, such as toy trucks. Clickable icons also lead to the Walmart Canada website, where viewers can purchase merchandise, including the toys.

“One of the challenges is creating engaging content and content that kids are excited to watch and be a part of,” Di Lorenzo says. “I think interactivity is very important, especially for this target and knowing all the screens that they’re on.”

He adds that in testing with various age groups, the clickable hotspots actually proved popular. Kids wanted to check out every single one to find out more about characters and delve deeper in to the Ninja Turtles’ universe.

“It was very important for us to have short-form episodic content [and] to have a cliffhanger at the end of every episode,” says Tanya Visano, senior director, Canada consumer products and and TV/film marketing at Nickelodeon parent company Viacom. “It’s important for us to extend the relationship with the audience off air and incorporate products in a way that feels natural through storytelling.”

Overall, 31 of the more than 100 toy characters available through the franchise are part of the series. Though the show and product line are aimed at boys six to 11, the series also has an appeal for adult fans, she says. (The franchise has been around since 1984.)

Using only music and sound effects (rather than dialog), also allows the content to be internationally scalable, she says.

Last year, Nickelodeon worked with Canada’s One Method on “Toys with Talent,” an online parody of America’s Got Talent using characters from across its franchises, including the Ninja Turtles, Bubble Guppies and Dora the Explorer.

This time around, the approach was much more focused on the Ninja Turtles property and concentrated on dwell time and following consumers’ path to purchase, Visano says. “We didn’t do as much data analysis the last time,” she says, while with this project, Nickelodeon will be delving deeper into analyzing things like which devices consumers are using. 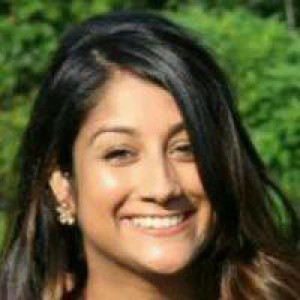