App Pricing Strategies: Are you worth more than $0.99?

In the ongoing adventures of what's on my mind lately, I figured I'd delve into some thoughts on pricing strategies for the App Store. Our new iPad app, Williamspurrrg has just hit the app stores. But the seven days awaiting approval by Apple left me with ample time to question every decision I've made lately, including the price.

In the ongoing adventures of what’s on my mind lately, I figured I’d delve into some thoughts on pricing strategies for the App Store. Our new iPad app, Williamspurrrg has just hit the app stores. But the seven days awaiting approval by Apple left me with ample time to question every decision I’ve made lately, including the price.

Subscription apps are generally free to download but incur a regular fee to access regular content. Free-to-play are free to download, but you have options to pay via in-app purchases for upgrades, additional content, and other boosts. Candy Crush Saga is the most popular free-to-play game out there right now. (I apologize to those of you who will now lose untold hours to the infernally-well-balanced match-3 game.)

What’s our pricing strategy for the new app?

Williamspurrrrg will launch at $0.99 for a few weeks, after which it’ll be priced at $2.99. I think. (I reserve the right to change my mind by then.)

I have agonized over this decision endlessly. Mostly I’ve waffled between $1.99 and $2.99, and I still waffle. But if I start from what I know, this is not a free app. This is a business after all, so my goal is to recover the development costs with some left over to invest in a new game.

Or there’s the competitive analysis plan. Examine the apps that you think are most like yours and price yourself amongst them. In the world of iPad apps, a lot of quality content is in the $1.99 and $2.99 category, both big brands and independent.

In my case, I used a combination of competitive analysis and careful budgeting. $2.99 is what my gut tells me the game is worth (and maybe that’s because I’ve spent a lot of time playing iPad games so I’ve just internalized my logic from above). I highly recommend reading some of indie game developer Adam Saltsman’s thoughts on pricing, if you’re grappling with this question.

Adam once wrote out the revenue for purchases at various price points. It’s a really useful visualization, so I’m going to replicate it here.

If your metric of success is simply number of purchases, then, yes, a $0.99 strategy is likely to get you more purchases. Most people are far more comfortable shelling out one buck over three. But the lower price only pays out in revenue if you sell a significantly larger number of apps.

If your metric of success is revenue, then a $2.99 model can pay out well. (If you were selling the app for $0.99 but wanted to make the same profit as selling at $2.99, you’d have to sell about 90k copies instead of 30k.) Sometimes it might make more sense to put less emphasis on making the top lists.

Now the great thing about the App Store is that I can always try out the different prices. So I can change my mind and see how it goes.

Williamspurrrrg is brand new intellectual property. It needs buzz. And inexpensive pricing can create buzz in that it lowers the barrier to entry. (I blame McDonalds and their dollar menu…) It’s also an experiment in marketing, frankly. Success in the App Store is often quantified by placement in the top charts. A lower price increases the probability of purchases. More purchases translates into a higher rank on the top charts. A higher rank on the top charts equals more potential purchases. That’s the App Store way, even despite what I just wrote above.

Will the game ever be free?

Possibly. If we land a free-app-a-day deal or some other compelling reason to make it free, then I’d consider it.

As I mentioned, this is a bit of an experiment, so we’ll see how it goes. If you want to be in on the launch announcement for Williamspurrrg, sign up for our No Crusts newsletter or follow us @NoCrusts! If you have particular questions about my experiences, please feel free to ask. Additionally, if you’re a developer willing to share some stories or post-mortems, please drop us a note at kidsGotGame@NoCrusts.com I’d love to do a q&a or have a guest blogger share their experiences.

Otherwise, next chance to catch a session by me is Games + Learning + Society in Madison, Wisconsin, Cartoon Digital in Munich, The Children’s Media Conference in Sheffield, England, and Casual Connect USA in San Francisco. 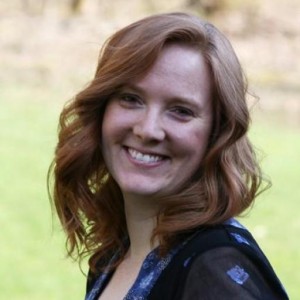