Ruby Skye P.I. creator Jill Golick has revealed the full lineup of interactive and transmedia features the web series will roll out for its second season, The Haunted Library, which will see the titular teen detective tracking ghosts and searching for a lost will to save the fictional O’Deary library (the University of Toronto’s Emmanuel Library).

Transmedia features will include nine interactive clues, which Ruby will find in the show, for viewers to solve, a website for the O’Deary Library where kids can learn more about the characters and find or post reviews of children’s books, and a microsite created by series character Ava O’Deary with puzzles and other games.

Newly revealed features include an hour’s worth of narrative video content, 50 behind-the scenes videos, and a series of websites and character Tumblr pages.

In addition, during October and November the Ruby Skye P.I. team will attempt to bolster the series’ buzz on multiple social media channels by challenging viewers to solve the interactive clues.

The team will reward the first 10 people to submit the correct solution with a YouTube and Facebook shout out, and the community as a whole with a sneak preview of the following week’s episode.

The show will also continue to support social causes, this season partnering with Plan Canada’s Because I Am A Girl campaign through Ruby’s do-gooder little sister Hailey’s character website.

The interactive clues were created by Haley Moore, and some of the interactive features are being handled by Conducttr, an entertainment platform developed by Transmedia Storyteller’s Robert Pratten and Alexey Ossikine.

The series is produced by Story2.OH, with the participation of the Independent Production Fund and the support of the OMDC.

Because I Am A Girl, Conducttr, Ruby Skye P.I., Story2.OH, The Haunted Library, transmedia, Transmedia Storyteller 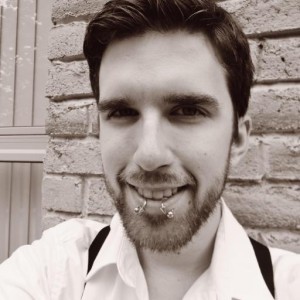