Back when I first started working in television, we used to talk a lot about consumer products as a way to "play the show." But in today's Wild West of games and apps and television shows, how do you make sure your interactive product is helping kids "play" your existing television show in a way that ultimately benefits your property?

Back when I first started working in television, we used to talk a lot about consumer products as a way to “play the show.” This was the goal of all of our ancillary product, from plush toys to card games and action figures based on our television series. A product that really enabled kids to “play the show” meant kids were engaging with the property in a new way, but one very true to the original brand.

These days, of course, television creators and intellectual property holders have the ability to create games and apps and all kinds of ways to “play the show” far more literally than we did back in the day. The word “gamification” is everywhere, and while that term may mean something different to each of us, there’s no denying that the expansion of television properties into interactive properties (and vice versa) is here to stay.

But this new Wild West of games and apps and television shows can be a bit of a minefield. How do you make sure your interactive product is helping kids “play” your existing television show in a way that ultimately benefits your property? Having done my time on the front lines of television, consumer products, and interactive development, I have a few principles to share that should help ensure your “gamification” is on the right track.

First, Do No Harm

This seems obvious, but it’s amazing how often the original brand can get bruised in the rush to “gamify.” Whether it’s sub-par production values, muddled curriculum, weird content, or troubles with usability, a game that’s not well produced can reflect badly on your property as a whole. So the first and most important rule is, do not break what you’ve already built just for the sake of making a game! If you have a great show and you make a crummy game, it’s only going to diminish your brand. Make sure that the interactive experience you’re creating meets the same rigorous standards that your television series does.

This also applies to the way that you use your characters. You shouldn’t suddenly ditch any of the essential truths about the characters just because you’re building a game. For instance, if you make a Wallace & Gromit game where Wallace and Gromit inherit a walrus and need to take care of it, that’s fine even though that’s never happened elsewhere in the property – it’s totally plausible to the existing world. But if you make a Wallace & Gromit game where Wallace suddenly hates cheese or isn’t interested in inventions, you’ve got a problem because you’ve compromised the core qualities of the character. The great thing about having an established property is that you already have an audience that loves your characters and their world. The danger is that those same people will hold you accountable if you start to mess with parts of the property they care about. Shake What Your Creator Gave Ya

Sticking close to the essentials of the property is your best bet, especially if this is your first game or app. You may love that blue alien that did a walk-on in episode three of the second season of the television show, and always wanted to pursue what was going on with him back at his home planet. And an app may seem like a great opportunity to do that – it’s cheaper and faster than making a whole television episode about that character – but frankly, your audience doesn’t care that you are attached to that quirky small bit of the property.

Kids want to spend time with the characters they know and love, and having beloved characters already familiar to your audience is something you should use to your advantage. As I urged in a previous post, focusing on what’s quintessential about your brand is a great place to start. Now, if you’ve had an enormously successful run of apps and want to go wild and crazy on your fourteenth, by all means do it, but keep to the core stuff at first and branch out later. Keeping faith with your existing audience is super important, but no matter how well known your property is, there are kids out there who haven’t seen it, and who may be encountering it for the first time in the game that you’re creating. It doesn’t matter if your show has been on the air two weeks or if it’s Sesame Street – it will happen to you. Creators often assume that they don’t need to spend any time introducing the characters by name, or giving a short nod to their relationships, only to have a bunch of confused kids playing their app (imagine being told, “Tap on Sam!” and having no idea who Sam is…).

It feels blasphemous to say it, but some of these kids may not ever encounter your show on television. Don’t assume the player is going to know that the baby moose’s favorite food is applesauce or that one character is another character’s best friend. Instead, do the same thing that you would do in a television show — move along fast enough for those who already have the background info but don’t leave everyone else behind. A simple, “Hi, I’m Sam!” will suffice before jumping into game play. Bear in mind that what we think of as “interactivity” on television is nothing compared to what kids expect when interacting with a device. It’s fun to watch video on television, but children expect to be able to have input when they’re playing with a device or a web game. Force them to “watch” too much and they’ll tune out.

Take Advantage of the Medium

All of these caveats aside, making an interactive product can be an amazing way to enrich and expand your brand. There are tons of opportunities that come with making a game. For one, you’re allowing kids to really interact with your characters. Making those characters the focus of the game and allowing kids to play with them in a different way is a great way of enhancing your relationship with your viewers. You can explore situations or environments that aren’t possible on television and get real feedback from the players to see what you’re doing well and what you could improve (hello, testing and analytics!). Thoughtful design, sharp writing, and interesting game mechanics can enrich and enliven your property, and maybe even give you ideas that you’ll take back for the next season of the television show… Study Properties That Have Done It Right

The good news is there are plenty of kids’ shows that have navigated these challenges really beautifully. In future posts, I’ll look at some of these in detail and review how they’ve done right by their original properties. In the meantime, keep an eye on your brands, and as always feel free to drop us a line at kidsGotGame@noCrusts.com or @noCrusts on Twitter. 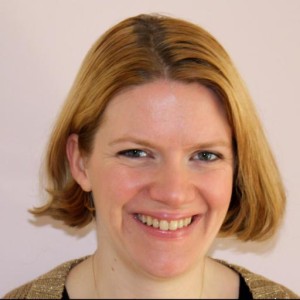