Blogging. What a wonderful word, as a writer of children's books for over 30 years I still hear words with a child's ear and 'blogging' is a word of near genius. I know it started as 'web log' and along the way it evolved into we/blog. How brilliant, almost overnight we end up with a new word that is both a noun and a verb and a perfect fit for both.

Blogging. What a wonderful word, as a writer of children’s books for over 30 years I still hear words with a child’s ear and ‘blogging’ is a word of near genius. I know it started as ‘web log’ and along the way it evolved into we/blog. How brilliant, almost overnight we end up with a new word that is both a noun and a verb and a perfect fit for both. A myriad of these small evolutions are happening around us every day in this crazy sandpit of kid’s TV we all play in.

The speed of technical innovation in recent years has been staggering and I am delighted, intrigued, energized and bewildered in equal measure by the opportunities and consequences of these changes. I feel like an entranced and rather windblown passenger on this journey, I’m holding onto the train and delighting in the journey, but I’m unsure who exactly is driving. So this blog is a snippet of conversation from my carriage as I try to make sense of the landscape that’s hurtling past outside.

Reality can be a slippery thing. And it’s getting ever more slippery. The adage that ‘the camera never lies’ seems oddly quaint today, yet as recently as 20 years ago it was still a reasonable measure of reality.

Wearing my book-author hat I enjoy spending time visiting kids in schools, and one discussion I’ve always enjoyed is the fact verses fiction debate. Five to six-year-olds have a fluid notion of this concept that gets a little more solid as they hit seven and eight.

When asked if dinosaurs are real most kids answer yes immediately. It gets a little more fuzzy when I hold up a book of fiction where a child has a pet dinosaur as an imaginary friend.

Yes the book is real, after all, there it is in my hand in front of the class – I have just read it aloud. And is the story real? Yes, I just read it aloud so it is real – as a story. And dinosaurs are real; and children definitely can have imaginary friends. But are the events as depicted real?

One way teachers used to help children make such discernments was the illustrations. If these were photographs then is was most likely to be fact, not fiction. But with the advent of the BBC documentary series Walking With Dinosaurs, the task of helping young kids make those calls got a little harder. And now digital effects allow any feat of the imagination to be rendered as realistic as reality itself.

For everyone reading this, we grew up at a time where that discernment was a lot simpler, we all developed a radar for fact and fiction and the ability to challenge things we were shown and told.

But every parent of young children knows that process has got a whole lot tougher. It’s why shared reading and co-viewing is so important. As parents we can be there watching the same programs and can use moments of confusion as opportunities for discussion and learning. This is going to become ever more important as children are invited to watch the world through glasses and gadgets that are equipped with augmented reality.

Very soon a simple trip to the supermarket will have beloved characters leaping from posters and packets and dancing on tins as they wave to children exalting them to clean their teeth or eat healthy food. I love this new technology, I love how stories can bleed into our lives like this, how a creator’s imagined world can become manifest for us all to enjoy.

But it does mean we all need to watch this evolution as if through the eyes of our very young children, so we can engage with them whenever they seem unsure where fact ends and fiction begins.

Martin Baynton, co-owner and executive producer at Pukeko Pictures, has an international reputation as a respected and successful writer and illustrator of over 30 published children’s books, including Jane and the Dragon, The WotWots and the Fifty the Tractor series. He has worked for the stage, radio, TV and film as a producer, director, screenwriter, script editor and literacy lecturer and motivator.

He can be reached at info@pukekopictures.com 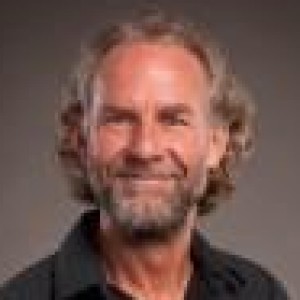