As the rate at which kids watch video online climbs, internet portals are on the hunt for exclusive content to engage visitors. The good news? There seems to be a business model emerging for the production of web-only shows.

Come on. Everybody’s doing it. Well, at least 175 million internet users in the US alone watched video content online this past September (logging 14.4 hours per viewer), and the total US internet audience engaged in more than 5.2 billion video-viewing sessions during that same month, according to comScore Video Metrix. And last month, the Reston, Virginia-based research firm reported that the US online-video audience grew by 32% in 2010. And while these stats reflect the population at large, kid viewers are included in the mix, and are perhaps the most platform-agnostic when it comes to consuming entertainment.
Of course, kidcasters and producers haven’t been slow to meet the demand for online video—they’ve been repurposing, repackaging and rescreening their content on all types of web-enabled screens for years now. What’s just bubbling up, however, is a pool of kid-targeted content produced exclusively for the web that’s gaining momentum with prodcos eager to tap into an open market, ride the transmedia wave and appeal to ad dollars that will invariably follow viewers online. Read on for a look at a cross-section of projects ranging from Hollywood-cast series to grassroots productions and broadcaster-supported online destinations, all taking first steps in creating their own models for web series.

Aim High is a slick new live-action web series for tweens that revolves around high school student Nick Green, who juggles his social life and studies by day and is one of 64 highly trained teenage government operatives by night. The celebrity-stocked cast includes Jackson Rathbone (Jasper from The Twilight Saga trilogy) as Nick and Aimee Teegarden (Friday Night Lights) as his love interest.
Six nine-minute eps will debut exclusively online in early summer. And Miami, Florida-based producer Dolphin Entertainment (Zoey 101, What’s up Warthogs!) set up new division Dolphin Digital Studios to shepherd the project, which is being co-financed through an agreement with Warner Bros. Digital Distribution.
“We’ve announced that we’ve created a studio division for these and we intend to make six or so of them a year because it’s a business in and of itself,” says Bill O’Dowd, executive producer at Dolphin. He adds the company is looking to tap into the tween and young adult trend of watching high-quality programming that premieres online before moving to traditional TV and home entertainment windows.
With the cast in place and production well underway, Dolphin and Warner Bros. have a new distribution and business model in mind for the content. At press time, O’Dowd was in the midst of inking a deal with an online portal à la AOL or Yahoo—essentially a big player that already attracts millions of visits each day and is capable of drawing a much larger viewership than a dedicated series’ site would. The pay-off for the hosting site, contends O’Dowd, is creating a stickier experience that will retain visitors for longer periods of time and attract more ad dollars. “If someone stays on the site to watch a nine-minute video that they can only see in an exclusive window, it’s a good win-win for us and [the portal].”
Besides Aim High, Dolphin also has an apocalyptic drama for the 18 to 49 demo in the hopper called H Plus. Breaking new ground in terms of distribution, O’Dowd says “Aim High is going to get the buzz and excitement of being the first series in this joint-venture, but it will also be the one for which we’ll know the least going in.” He says he’s in a unique position to have premium content for an online platform while being flexible when it comes to working out shared-compensation models. Given the freedom to experiment with content, produce quick shoots and get the show in front of a potentially huge audience, O’Dowd likens web series production to making indie feature films.

The web is the new indie

Indie also aptly describes Ruby Skye P.I., another web-only concept targeting six- to 14-year-olds, created by Toronto, Canada-based Story2.OH and funded by the country’s government-supported Independent Production Fund, which provides cash for digital media projects.
The live-action series stars a teen detective who gets to the bottom of everything she sees happening around her. Show runner and executive producer Jill Golick says the funding greenlit the first 12 eps budgeted for roughly US$600,000—a price that Golick admits is high for a web project. But she contends it was necessary to reach for higher production values that would translate seamlessly to TV and theater screens.
“There’s only a certain amount of shelf space for shows on TV and we see very little soap, mystery or sci-fi available to kids,” says Golick. Creating a novel-like narrative for the web has allowed her to depict a deeper story and transmedia experience. For example, she’s delving into peripheral characters, hatching a spin-off focused on Ruby’s little sister, creating a Rock, Paper, Scissors-like game that’s based on a thread running through the narrative, and carving out a space for the characters to respond to viewer comments in real time. “When your show is online, it’s like reading to your kids at bedtime—there is immediate interaction and they tell you what they like,” says Golick.
The episodes themselves are short (between three and seven minutes each), which Golick explains isn’t necessary for the kid audience, but is the norm for the medium. Short run times make it easier to post the content on free screening sites such as YouTube. Additionally, the abbreviated length translates more readily to mobile platforms.
Having the money to start production without broadcast investment has allowed Golick to not only experiment with content, but also to focus on the product first and find partners later, preserving more of her original vision than traditional financial setups often allow. So far, camera giant Polaroid has come on-board as a sponsor for the series, and Golick was able to integrate the company into the narrative. (Ruby often takes out her Polaroid Pogo to document suspicious happenings in her neighborhood, which get posted on a Flickr feed.) However, the show is upfront with its viewers about product integration. Golick is looking for partners to get a second season off the ground.
In the meantime, the prodco has lined up a distribution deal with KoldcastTV, a site similar to MingleMediaTV, DigitalChickTV or Clicker that broadcasts web series. Koldcast promotes the series on-site and via its social media feed, and offers pre-roll advertising and a revenue-sharing program for web content creators.

From indie to establishment

Independent studios on the cutting edge of transmedia storytelling aren’t the only ones jumping on the web series bandwagon. For every indie going out on a limb to produce one, there’s a broadcast-supported web-exclusive project already underway.
Over at the House of Mouse, Disney Interactive Media Group has created a web-only series starring The Muppets. The Muppets Kitchen with Cat Cora streams on seven- to 12-targeted Disney.com and features US celebrity chef Cat Cora and Angelo, a new Muppet created especially for the series. Simultaneously, Hasty Tasty Cooking Tips with Cat Cora and The Muppets, appearing on the media giant’s parent-targeted DisneyFamily.com, repurposes the content, playing up the expert culinary tips provided by Cora for moms and dads.
“We have long format in the form of features and TV series on Disney Channel, so our focus on Disney.com is making short-form content that is more snackable and appealing to the kids demographic,” says Jason Davis, VP of Disney.com. New episodes of Muppets Kitchen are released every two weeks and viewers can go back and watch eps they’ve missed.
“From a monetary standpoint, more of the focus ends up being around partnerships,” says Davis. So for Muppets Kitchen on Disney.com the company partnered with the Got Milk ad campaign, while mom-focused Hasty Tasty drew Honda (promoting its Odyssey minivan) as its main sponsor.

Created by traditional TV prodco The Jim Henson Company, Wilson & Ditch is already going into its second season on PBSKidsGo.org. These two- to three-minute comic shorts revolve around two wacky gophers on a cross-country journey to explore and learn about American culture, history and geography. The pair drive an eco-friendly van, sharing experiences and real-world resources for kids ages six to 10. Funded by the US Corporation for Public Broadcasting, the series also includes online videos, interactive games, blogs, comics and podcasts posted by the gophers.
“Web series are fun for us because they can start out as character labratories,” says Peter Schube, COO at Henson. He adds, however, it’s challenging to monetize and sustain a web-only project at this point. For the moment, Schube says PBSKidsGo.org, as the partner and online home of Wilson & Ditch, pays the equivalent of what a broadcaster would pay as a license fee. The studio then keeps production costs as close to that amount as possible. The company has also retained the right to take the project to other platforms, including merchandising and television. In fact, Henson is working up plans to expand Wilson & Ditch into a long-form TV series.
“We try to determine the right platform for a property in the first instance, and then we also make sure that what we’re working on is susceptible to being ported over to other platforms,” says Schube.

US pubcaster PBS has been experimenting with streaming video for the last two years on its PBSKids.org and PBSKidsGo.org sites. Last September, PBSKids.org was  number-one among kids sites offering free video streams based on the number of videos viewed, according to data from comScore. Kids spent an average of 47 minutes watching content on the site, logging close to 88 million free video streams during that month.
The broadcaster’s online premiere of WordGirl shorts was so successful in 2005 that the Corporation for Public Broadcasting started providing cash for producers of web originals in an effort to experiment with different types of transmedia content creation. Linda Simensky, VP of children’s programming, and Sara DeWitt, VP of PBS Kids interactive, share greenlighting duties between TV and online, and now look across platforms to develop exclusive online content. Three years ago, they put out request for proposals for web-series pitches.
Wilson & Ditch came out of that search, along with Fizzy’s Lunch Lab, an animated series about health and nutrition that racked up 500,000 streams in its first five months on PBSKidsGo.org. The kidcaster has two additional web series in the works, thanks to a second RFP round that yeilded 30 submissions. The first, Noah Comprende, is an animated short series and companion web games that deals with vocabulary development. The concept revolves around English-speaking Noah coming to terms with moving in with his grandmother who lives in a Spanish-speaking commmunity.
Animated Chuck Vanderchuck’s Something Something Explosion, meanwhile, is about a boy who has a band but can’t make up his mind which genre of music it should play. The “something something” leaves an opening to feature a different type of music in each episode.
“All of our shows have some sort of curriculum—some work well on TV, but some may not work as well on that platform or be able to fill an entire order of half-hour episodes,” says Simensky. “The web or apps are great options for teaching something in particular that may not work as well as a TV series.”
Over the next several months, DeWitt says the team will look at traffic and how kids are engaging with the shows. She and Simensky will also explore whether the online formats are something they should bring into the preschool arena. 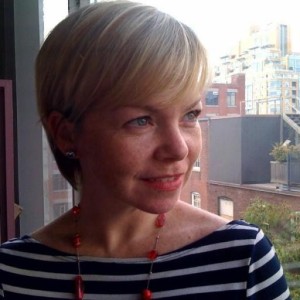