With McDonald's firmly ensconced as the top go-to fast food destination for young kids, Burger King is resetting its global sights on an older demo with its expanding tween-focused equity, Honbatz.

With McDonald’s firmly ensconced as the top go-to fast food destination for young kids, Burger King is resetting its global sights on an older demo with its expanding tween-focused equity, Honbatz.

As with any QSR, Burger King’s bread and butter is its promotional campaigns, and it’s aware tweens are quick to toss aside brand loyalty to follow the cool premium. But BK and youth marketing hothouse, Minneapolis’ Boing, wanted to build the restaurant’s own brand to lure traffic outside of the movie season.

Honbatz’ five crudely drawn 2-D characters, received a soft launch at Burger King’s U.S. restaurants in Q3 2004, and as of August this year four international markets (one each in Europe and Asia and two in Latin America) will introduce the brand to a global tween audience. ‘If you look at Ronald, or KFC’s the Colonel, to really to have an icon that creates instant recognition with kids is huge, and we didn’t have that in our arsenal,’ Michael Johnson, Burger King’s international marketing director, says.

The characters emerged from 18 months worth of qualitative research in which Boing’s director of account planning Lori Yeager learned tweens enjoy being between the two age groups. To tap into this dual sensibility, BK needed to merge the elements of play that a young child groks to with the growing individualism of a teenager.

Each Honbatz character represent the ids of a growing six to ten year old, such as the rebel, the student and the joke-player, to help these big kids explore their emerging personalities.

And to connect with tweens emotionally, BK will support the characters by creating kid-relatable stories for use throughout the year on both in-restaurant merch and on a Honbatz dedicated website. It’s a lesson Burger King learned after launching its tween-focused Kids Club in the ’90s. ‘We didn’t support it year long-we just needed an icon and slapped it on the packaging,’ he says.

Johnson explains another key step for the icon’s organic growth is letting kids think they discovered the Honbatz characters on their own. ‘Although our P.O.P’s and merchandise will feature the Honbatz and the website address, it’s not about pushing it, but instead inviting them in at their own pace,’ he says. 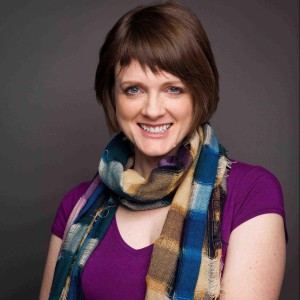